The EU-boat's torpedoes sped toward me as I cast my vote for Leave: a Real War story for freedom-fighting Brexiters

THAT morning in 2016 will stay with me for the rest of my life. Strafed by Brussels’s Stukas, I weaved desperately down the country lines to the polling station.

My fellow commandos – my wife Heather, her sister Geraldine, their great-aunt Esther – were packed into my military-issue Rover 75 with me. Crack troops all of them, willing to lay down their lives for their country.

We lost the Stuka behind a particularly tall hedgerow and breathed a sigh of relief. Too soon. Up ahead loomed an EUSSR roadblock staffed by multilingual fascists armed and ready to make us swap our pens for easily-amended pencils.

‘Gun it,’ screamed Esther, and I jammed down the accelerator as she provided covering fire through the rear passenger window. A Spaniard was thrown into a hedge and I heard the gurgle of ‘Ach, Britisher svinehund,’ as a German died.

But at the next roadblock, they were ready for us. Machine-gun fire raked the car, tearing the hell out its sandstone leather interior and Esther’s throat. ‘Leave me,’ she croaked, as I slipped her a grenade so she could take some with her. She would not die in vain.

From then on we were on foot, avoiding Remainer patrols. I saw a man executed on the spot for carrying a photo of Farage in his wallet. I saw a family dragged off to life internment in Luxembourg for referring to Project Fear.

Finally we reached the polling station. Nothing stood between us and the referendum. Until the EU-boat surfaced in the playground.

‘VOTE!’ I screamed, and we frantically made our crosses as the torpedoes streaked toward us. We barely threw ourselves clear in time. But we’d done it. We’d defied the dictators and voted Leave.

‘I hope Boris remembers this, and uses it as a lesson for other nations fighting for freedom in years to come,’ I remember remarking. ‘Yes,’ said my wife, loyally. And he has.

Why cyber-flashing shouldn't be outlawed, by an innocent, lovelorn pervert 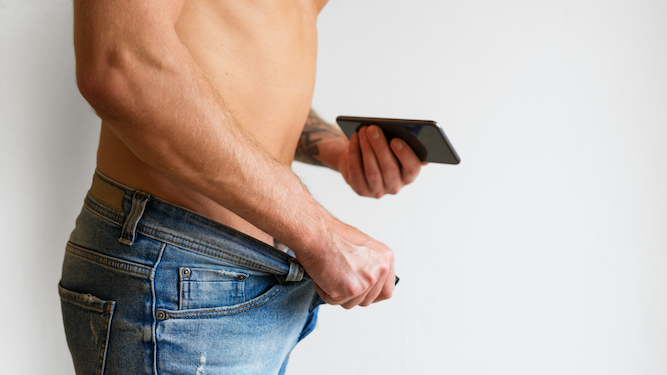 SENDING pictures of your junk to random people on the internet should remain legal. Steve Malley, a filthy pervert with no skin in the game, explains:

It’s the internet so it isn’t real

Everyone knows that nothing on the internet is real or matters. You can just turn off your computer or phone and it’ll be like you never even saw my penis – sorry, ‘the penis in question’. That’s why online banking fraud and buying machine guns on the dark web is allowed.

Women need something to look at

How would you even know that it’s definitely my genitalia? The only way you could find out that I was sending a picture of my own dick and not one I found in a medical textbook would be to force me to expose myself which I’m not willing to do which proves it wasn’t me. Though I think we can all agree it’s a fine looking knob.

Ladies who have their Bluetooth on are asking for it

Are we really going to pretend a woman with Bluetooth or AirDrop on in public doesn’t know exactly what’s going to happen? I’ve heard the excuses, ‘maybe their mate is sending them a funny picture of a cat’, ‘maybe they need to print something’. Yeah, sure. Collecting strangers’ penises is the only reason most women go on public transport.

I wouldn’t complain if a women were to send me pictures of her tits, arse or fanny. Even if they were unappealing to me, which I doubt as I’m very open-minded, I’d accept them in the spirit they were sent. But if I, or another man who’s been single for five years and eight months, were to do the same it’s apparently a crime. Sexual discrimination pure and simple.