The Mail's next five smears against Keir Starmer

THE Mail exposed Keir Starmer for buying a field for his mother to use as a donkey sanctuary, horrifying voters. What devastating smears are next?

Starmer was awkward with girls when he was 14

Forensic and confident? Not in June 1977, when Starmer found himself talking to a girl he fancied but found himself unable to think of anything funny or to ask her out without blushing. So much for being a highly successful barrister.

Starmer once got drunk at university

In a shameful incident in 1982, Starmer drank seven pints of Carling Black Label at a freshers’ disco and became excessively talkative. The next day he was completely incapacitated until almost 11am, when he took two Anadin. Is he still an alcoholic drug addict? Undoubtedly.

Starmer has never had a pub fight

Could Starmer batter a pissed bloke hassling him in a kebab shop at 1am? The Labour leader remains tight-lipped about this important issue, suggesting he can land only the lightest of punches and does not carry a ‘chib’ should the situation escalate.

Starmer has given up on several TV box sets

Unbelievably, Starmer has still not finished Mad Men, despite being initially enthusiastic about the series. He has since failed to complete The Walking Dead, Ozark and Tales from the Loop. There is only one way to describe such a person – a quitter.

Starmer is too nice

Starmer remembers his wife’s birthday, is polite to people and cares about human rights. You wouldn’t find him having the courage to walk out on his family to shack up with a PR girl half his age. The spineless wanker. 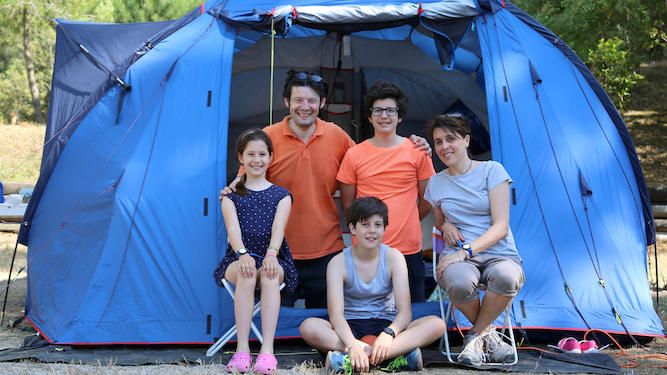 A FAMILY camping in their extensive garden have discovered that a slightly higher-on-the-ladder middle-class family has occupied their house.

The Shaws were camping out with their three children to teach them life skills they will never need when they noticed lights and activity in their Guildford five-bed detached.

Eleanor Shaw said: “I went to the back door and was politely blocked from entering by a woman in a Joseph dress who said brightly ‘Hello! Are you having fun in our garden?’

“I said it was my garden and my house, and she just tilted her head sympathetically, said ‘I don’t think so’ and offered me a gluten-free apple-filled cinnamon bun fresh from the oven.

“Without a house, camping is just sleeping rough. We’ve formed a drum circle around our campfire and are openly playing chess, but they practice business Mandarin at mealtimes and literally never laugh. So they win this round.

“Being too embarrassed to ask squatters to leave for fear of an awkward conversation as they brunch on our patio is perhaps the most middle-class thing that has ever happened to us.

“But if I can con them into thinking a family like theirs should really have a campervan, then we’ll sneak in while they’re in St Ives and reclaim the Aga that is rightfully ours.”