The pest controller's guide to dealing with a Blair infestation

IS your home, country or media sphere plagued by Tony Blairs that just won’t go away? Rentokil exterminator Roy Hobbs lists your options for getting rid of the critters:

Put down a trap

A giant spring-loaded trap about five feet in length kills Blairs quickly and humanely, but keep away from children, labradors, spouses, etcetera. Bait it with something irresistible to a Blair – multiple investment flats, a lucrative contract to represent an authoritarian regime like Kazakhstan, or the chance to have been right all along.

If cornered a Blair will start piously blathering about Saddam Hussein being ‘a very real threat to the stability of the Middle East’ and ‘making the Labour Party electable again’. Ignore this self-justifying crap and bash its head in with a shoe.

Check lofts and basement for Blair nests, which usually resemble a £20 million London townhouse, and render them uninhabitable by spraying Corbynism. Otherwise you’ll be overrun with offspring on the same nepotistic gravy train of business deals and vague work with the UN.

The longer Blairs are around, the weirder it will get. Nip in the bud before they’re smearing mud on their naked bodies while primal screaming during a Mexican rebirthing ceremony.

Many people forget this simple advice. Don’t leave out anything that will have Blairs snuffling around: tasty food scraps, knighthoods, special senior knighthoods, or your attractive Chinese trophy wife.

Unfortunately, this may be your only option. As the entire UK has discovered, calling a Blair a ‘war criminal’ or ‘bat-eared religious creep’ doesn’t deter them in the slightest and you are stuck with the f**kers forever. 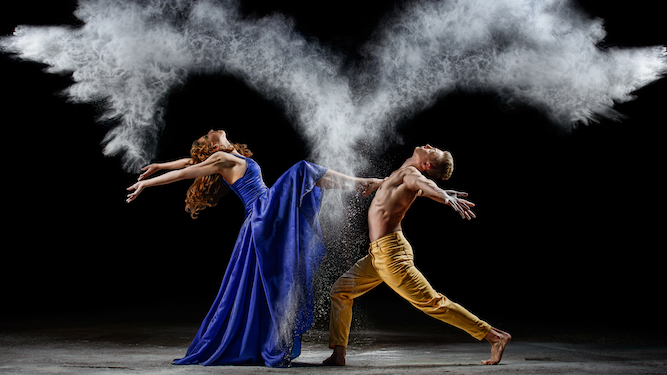 A VIBRANT, thrilling programme of theatre, art and contemporary dance events are scheduled for this year. Here’s why you’ll miss them:

Sunday in the Park with George, starring Jake Gyllenhaal

Much-anticipated Sondheim revival that there is no way in hell you will get tickets for, even if you’re up at 6am when they’re released poised on six laptops with the necessary £800 to hand. It won’t happen so don’t try.

Francis Bacon at the Royal Academy

You will definitely mean to see this whenever you see the posters. But when you turn up two days before it closes you’ll discover there are no tickets left, which is bollocks because who ever heard of an art gallery selling out? They’re hardly Jake Gyllenhaal.

Your mate’s got a spare ticket for this and you enthusiastically agree when offered, even though you’ve not really heard of Julien whatever. But that was before you found out it was on a Wednesday night. A gig on a school night? What’s the point? You ghost your mate’s texts.

Award-winning French film about coping with loss that you’ll invite a date to, in order to look highbrow and classy. However the date goes so well that you both admit you’d much rather watch Legally Blonde 3 while eating nachos, so you do that instead.

Any events in Coventry, City of Culture 2022

Who do they think is going all the way to bloody Coventry for some cultural crap? Nobody.

The Overstory on Netflix

Now this is at least possible. A cultural event that you can take in while making no effort whatsoever from the comfort of your own bed. You’re definitely up for this one. Until you hear it’s an eco-epic about nine Americans who have unique experiences with trees, and don’t bother.

The arts event of the year kicks off at 8pm on June 3rd when a three-way love triangle that began in a hot tub on New Year’s Eve is revealed. Paint is poured over cars, windows broken, women held back from gouging each other and the police are called. The best night’s entertainment of the year. And do arts critics mention it? No. Snobs.