REPUBLICANS have argued that Trump’s impeachment has lowered the standard for impeachment from its previous high point of an Oval Office chewy.

The party is furious at Democrats for impeaching Trump for abusing the power of his office to investigate a political opponent, when it should be reserved for national-security-threatening suckings-off.

Republican leader Mitch McConnell said: “The president has not placed his penis in the mouths of any women he is not married to. Well he has, but that’s not the issue here.

“So the president stopped aid to Ukraine unless they got dirt on Joe Biden. Big deal. I don’t see any oral stimulation in that mix, so the Senate must acquit.”

Fox news anchor Steve Doocy agreed: “Trump did not even get his johnson wet. This is a travesty of justice.

“But we have new evidence that in 2004 Hillary Clinton got her nipples tweaked while in office as senator for New York. We’re calling for the death penalty.”

It's time to stop dicking about with your ankles out now, hipsters told 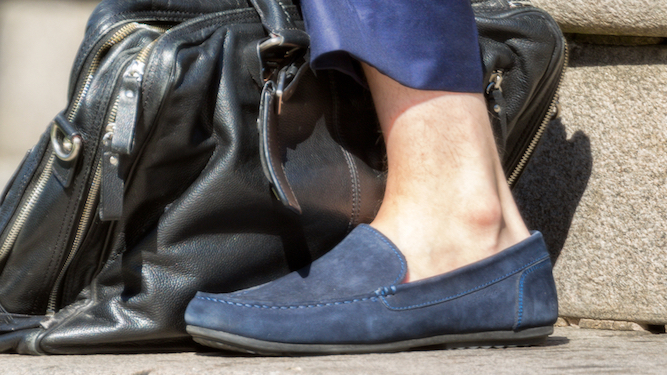 HIPSTERS who are still wearing shoes without socks have been told to pack it in because it is winter and they look like twats.

Despite icy weather and water from dirty puddles soaking into their ill-suited footwear, trendy idiots are desperately pretending it is still summer even though they cannot feel their feet.

Hipster Tom Booker said: “Looking cool is definitely more important to me than having warm, dry feet. I’m prepared to suffer for fashion, despite the fact that the only people who admire my cashmere espadrilles are bellends like me.”

Professor Henry Brubaker of the Institute for Studies said: “Hipsters appear to enjoy dressing like Dickensian urchins in battered shoes with holes in and threadbare coats, even though we live in an age of Gore-Tex.

“It’s tempting to tell them to put some f**king socks and proper shoes on, but on balance it may be more enjoyable to just sneer at them.

“We’re watching closely to see if lots of them catch pneumonia and die. It may be a modern form of natural selection.”