'This pissant country is not worthy of my wife's millions,' Rishi Sunak explains

RISHI Sunak has explained that his wife retains non-domiciled status because he would never let her live in a blighted hellhole like Britain.

The chancellor told the press he could not allow his wife Akshata Murthy to be tainted by the mark of shame that is residence in the UK.

He continued: “It’s not the taxes. She wouldn’t pay those no matter where she lived. It’s Britain.

“Just look around at the place. The rain, the people, houses that cost less than £5 million, Doncaster, the lack of concierge services covering mid-Wales. It simply isn’t good enough.

“Yes I’m in a senior government post, but to someone as pure and rich as her I’m essentially a shop assistant. She’s not likely to pay taxes when she knows I’ll be there wasting them on Boris’s latest vanity project.

“But I have sworn to work tirelessly to make this country a haven for the super-rich and I hope one day, when capital gains tax is zero and corporate structures entirely opaque, she may move a few million here. That’s my dream.”

10 Downing Street as an Airbnb: Five public assets after the Tories have flogged them to their mates 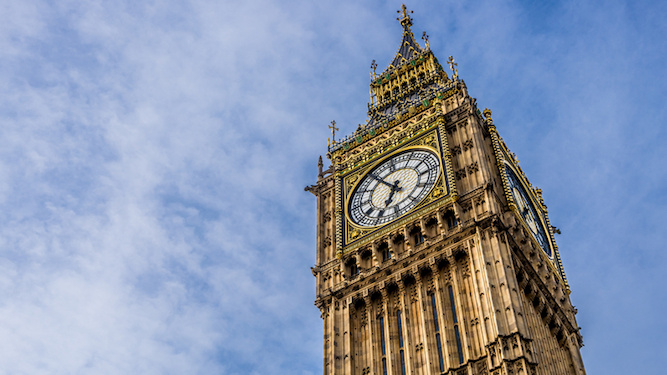 SELLING off Channel 4 is surely just the start. What other public assets do the Tories have their beady, greedy little eyes on, and how will they ruin them for an ultimately inconsequential profit?

The former jockey is flush with cash after heading up the super-successful test and trace scheme. Selling Hyde Park to her will recoup some of the totally wasted £37 billion, and Dido will be able to gallop to her heart’s content. The public, needless to say, can f**k off and if they want urban green spaces, go and look at a five-a-side pitch behind a security fence.

The M1, a rule-free racing track for wealthy libertarian drivers

Sick of woke regulations such as speed limits, drink driving laws, seat belts and no wanking while driving? The M1 will become the first libertarian motorway where no rules apply. Traffic is likely to fall when drivers discover life expectancy on the anarchic freeway is 21 minutes, but in true Tory libertarian fashion they will blame it on not being able to drive at 500mph, which is somehow safer.

Time for revenge against those lefty librarians who snickered about the howlers in Johnson’s Winston Churchill book and Dorries’ toe-curling sex scenes. Existing books will be burned and libraries piled high with unsold tomes by the PM and culture minister. It may even serve a historical function, since no one else will bother to preserve terrible novels full of ‘hook nosed’ Arabs (Johnson) or Irish characters fluent in Oirish, eg. ‘That’ll be grand for the boxty bread’ (Dorries}.

Eat your hearts out, Branson and Musk – Britain’s conquest of the stars will finally get underway with Big Ben’s bells replaced by rocket boosters and oxygen cylinders installed for a trip to the moon. Unsurprisingly a historic clock is unfit for purpose and disintegrates shortly after taking off, but patriotic Tory MP Mark Francois has volunteered for the mission, so it’s not all bad news.

10 Downing Street as an Airbnb

Ever fancied sitting in the ‘hot seat’ of political power? Now you can rent 10 Downing Street and pretend to be PM. (Actually a fair description of Johnson’s role now.) You and your mates could play at being the cabinet, ie. cook up some policies in return for Russian donations while having endless drinks parties. Johnson himself will govern from Chequers, which has more space and a choice of fridges to hide in.