THE headmistress has called another special assembly to tell pupils and teachers alike how very cross she is with them.

Headteacher Mrs May, who is always stressed out because she is not very good at her job, criticised the recent disobedience that is letting the whole school down.

She told the assembly she was just doing what was best for the school, even though it is near the bottom of the league tables, and repeated several times that she was sick and tired of repeating herself.

The headmistress added she was “very disappointed” the open day had been delayed, and without an improvement in behaviour the school trip to Welney Wetland Centre could be cancelled.

She concluded by saying she was especially disappointed in certain members of staff, “who know who they are”, causing a tense, unpleasant atmosphere and making Mr Hammond’s lower lip wobble.

The headmistress then left in a weird, panicky way and everyone immediately began talking about what a mental freakout case she was. 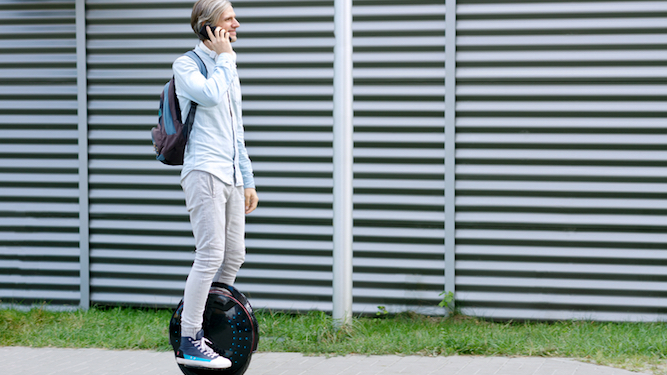 A MAN on an electric unicycle has given the world a glimpse of the tiresome tossers they will have to deal with more regularly in the future.

Onlookers in Brighton were shocked to see the man travelling at high speeds on a stupid little electric wheel, possibly on his way to some sort of new media job.

Office worker Nikki Hollis said: “I was enjoying a relaxing walk when a man shot past me on a single wheel like some kind of high-speed techno clown.

“I was stunned. I never thought someone would think to combine the pavement-hogging annoyance of mobility scooters with the ridiculousness of rollerblading.”

Professor Henry Brubaker of the Institute for Studies said: “In the future everywhere relaxing will be ruined by someone dicking around with a gadget.

“You may already have been enjoying a tranquil beach when some twat with a drone hovered it above you. What else does the future hold? How dickish do we dare to dream?

“By 2090 we could be a race of human-robot hybrids, with neural implants to make us bigger wankers.”