What I wasn't told at the meeting that didn't happen, by Sue Gray

SEVERAL weeks ago, I did not attend a meeting with not the prime minister who at no point edited my report. Here is my timeline of non-events:

11am: A meeting spontaneously arose following no requests for one from either side. It simply came into being from nothing, as did the universe.

11.25am: The other party arrived at the non-meeting scratching his balls after an equally spontaneous lie-in.

11.35am: A draft of my report, which I had not yet written, was circulated for my sign-off. I noted its conclusions and resolved to work towards them while not receiving any advice to do so.

11.55am: I was not appraised of the foregone conclusions of the ongoing police investigation, nor was it suggested that I align my report with fines that the force would elect not to impose.

12.10pm: A full print-out of my pay, career progression and pension was not displayed, and no colourful threats were made as to the curtailment of my career. The editor of the Daily Mail was not put on speakerphone and explicitly did not say he would ‘f**king ruin me’.

12.15pm: The meeting concluded and, having done so, ceased to have ever happened. I resolved to write my entirely independent report without fear or favour to any involved parties, and certainly not our to-be-exonerated prime minister.

12.45pm: Did not to join an alcohol-fuelled business meeting to mark the Cabinet secretary Simon Case’s approaching departure. Did not drink a toast to ‘our heroic scapegoat.’ Shed no tears.

The awkward loser's guide to hitting on women 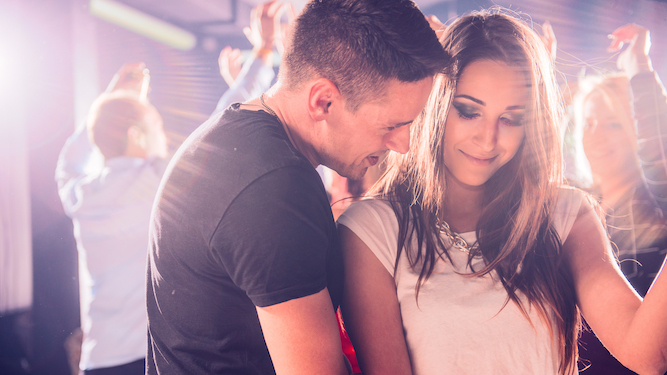 WANT to approach women but don’t know how? Awkward loser Martin Bishop explains how to ineptly seduce the fairer sex.

Talking to hot babes is scary. What if they’re not as friendly as the women in the anime you watch? Build up your confidence ahead of making first contact by lurking opposite them in a dimly lit bar for ages. That way they’ll be familiar with you when you try to impress them with a witty observation but trip over your words.

Chicks say they like it when men are genuine, but that’s just reverse psychology. They really want you to be the suave lovechild of James Bond and Donald Draper. Repress your true self and instead swagger around with feigned nonchalance at all times. If you haven’t got asthma, consider taking up smoking. The ladies will be putty in your hands.

Use pick up lines

Dating gurus advise against using pick up lines, which means the average woman is now very susceptible to a cheesy one-liner fired off in her direction. If you drop a classic into conversation like ‘Are you tired? Because you’ve been running through my head all night’ you’ll almost certainly be dragged off to the ladies for a quickie.

Women love to laugh because it activates the sex hormone in their brains. One joke won’t cut it though. You’ll need to reel off an endless stream of gags at a steady pace if you want to grab a lady’s attention. Don’t be afraid to laugh at your own jokes either, this shows her that you’re confident and don’t take yourself too seriously.

Flirting is all about the art of suggestion, and what’s more suggestive than sex? Steer the conversation towards lovemaking at every opportunity, even if they’re talking about something sad like their dog just dying. There’s an open goal about doggy style right there, and it’s up to you to score it. Just make sure you’ve stocked up on johnnies, you’re going to need them.