What you were doing vs. what Downing Street was doing last Christmas: A timeline

LAST Christmas, while you stayed indoors, the Downing Street spads were having it large. Here’s what you did and they did laid out in a simple timeline:

Meet your brother in a pub car park for a socially distanced present exchange. It’s cold, raining and you can’t even hug him. Joke about what a miserable Christmas it’s going to be.

Issue the latest Christmas-cancelling restrictions, which have been on your desk in Downing Street for a fortnight marked ‘From Chris Whitty – action immediately’ and light up a fat spliff.

Finish your evening meal and turn on the TV. Reflect that you should be out the pub with your mates but instead you’re stuck in watching Christmas repeats.

Finish the nightly Daylesford organic food takeaway which you signed for as ‘The Taxpayer’. Meet Gove’s coke guy at the back door. Give him £12,000 from petty cash.

Tuck the kids up. They’ve been out of school for weeks, haven’t seen any of their friends and there’s been no Christmas party. Comfort them by saying the rules are the same for everybody.

Snort a fat line of charlie from between the tits of the sexiest spad, the one from Williamson’s office. Answer the door to the rest of the girls in their party dresses.

Zoom call your elderly parents to explain that no, you won’t be seeing them this Christmas even though Dad’s just had his operation. They’re shielding so you might not see them for months. Hide your tears.

The MDMA kicks in as the game of naked Twister begins, and guess who’s coming down the stairs? It’s amazing how Johnson knows the second the clothes are off. ‘Santa’s coming, ladies!’ he shouts.

Go to bed. Stare at the ceiling mourning your favourite time of year. Your wife says she understands but it’s for the public good.

Memories from this point are fragmentary. Chasing nude through the Cabinet room, discovering Disraeli’s private wine cellar and chugging an 1870 Chateau Lafite Rothschild in one. Still you bloody need to de-stress from work. Really it’s for the public good. 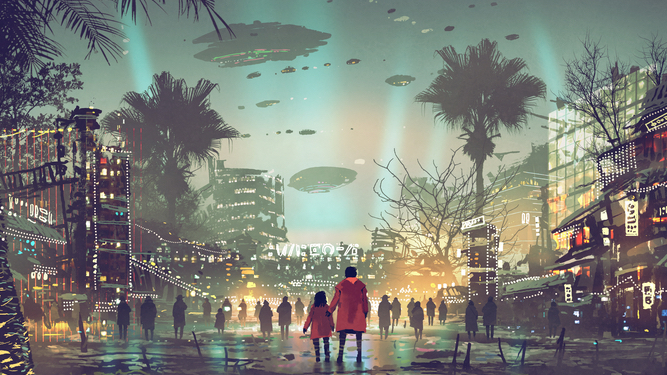 FILM makers think you’re breathlessly going ‘Wow!’ and ‘Awesome!’ at their amazing CGI. You’re not. Here are some we all just stare at blankly now:

Superheroes fall incredible distances but they’re usually indestructible and you know Wonder Woman won’t be squished into a bloody paste or end up in a wheelchair. It’s really just a matter of waiting for them to hit the ground and the film to move on. Thrilling.

‘Wow! Arnie’s young again! It’s like the original Terminator!’ is not something you’ll be saying. ‘Maybe they should think of some new ideas for films’ is.

Just because you can make a car jump out of a cargo plane and land in a skyscraper doesn’t mean you have to. This nonsense is so commonplace now it would be more exciting to see Jason Statham brake sharply in a Ford Ka to avoid hitting a squirrel.

Directors can finally show alien worlds and futuristic cities as they intended. But you’ve seen loads of ‘the making of’ CGI documentaries, so you just start thinking about computer nerds spending a year getting a leaf just right while the film’s plot, characters and message are all shit.

Films used to be limited by the hassle of using models. So now they overcompensate by putting more things on the screen than your puny organic brain can possibly process. Who doesn’t go to the cinema to feel as if someone’s vomiting TIE fighters on you?

It’s brilliant that powerful superheroes can finally have realistic fights, instead of just Terence Stamp looking camp on some wires. It’s also realistic that the fights would go on for ages. Unfortunately you start to feel as knackered as General Zod after being thrown through the 20th building.