Why peace in Northern Ireland is a bad thing, by Liz Truss

THE Northern Ireland Protocol has helped protect decades of peace in the province. Let me, Liz Truss, explain why that is a bad thing.

Before the Protocol was brutally implemented by the EU, goods were able to flow freely between Britain and Northern Ireland without checks. I’m not sure how, but they did. Let’s scrap this silly bureaucratic protocol and if a few things get blown up, so be it.

Britain just wants to Northern Ireland to share the many benefits of leaving the European Union, so naturally our unelected enemies in Brussels are trying to scare us into rejoining. I say let’s rip up the protocol – and the daft Good Friday Agreement, no idea what that does – and figure out the details later. Belfast could become the Kent of Northern Ireland.

The sea is a terrible place for a border. It’s all wet and uneven and full of fish which makes it difficult to build a big wall with barbed wire on top. By moving the border back onto Irish soil we can support Britain’s rampart industry, generating millions of pounds in the process. Anyone who disagrees is a traitor who’ll be exiled outside Northern Ireland’s impressive new border wall.

Conflict is good for the economy

The UK is on the brink of recession, so what better way to turn our financial fortunes around than a needless conflict? We can send the troops back in to keep the peace with new guns and armoured Land Rovers – great news for British manufacturers! And all those soon-to-be-fired civil servants can get jobs as border control guards. Everybody wins. Except maybe Northern Ireland.

I don’t have to explain my actions to the likes of you anyway. Can’t you just be content with a string of meaningless buzzwords trotted out every few days? You voted for this shitshow, so let’s take back control in a sunlit Brexit with world-beating unicorns.

91,000 civil servants 'probably not doing anything' to be fired 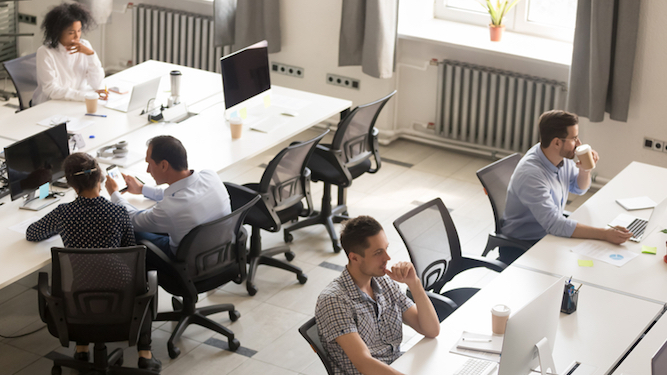 THE government has decided to fire 91,000 civil servants who it assumes are completely dispensable layabouts.

The lazy, pointless administrators who do literally nothing will be given the boot without any cost because they are on zero hours contracts without redundancy or pensions, and no one at all will miss them.

A Downing Street spokesman said: “When times are tough, we know what to do: blame the same people we always blame.

“If these people were any good they’d have private sector jobs. Working in the public sector is an admission of failure, incompetence and indolence, unless you’re a Conservative government.

“That’s why we hate doctors, nurses, teachers, the police, and anyone working in the passport office, the home office, the DVLA and HMRC. Get rid of the lot. Who’ll even notice?

“And unless you’re rich you’ll continue paying the same taxes as you do now – more in fact – so the saving to the public is literally nothing even if the service turns out to be much, much worse.”