THE government has set up ‘Operation Yellowhammer’ to make emergency plans for a chaotic no-deal Brexit. So what should you do if everything goes to shit? Read our survival guide.

Stay in your home

This will actually cause society to collapse more quickly but if it means a few days off work, sod it. Also dads will enjoy doing things like checking the batteries in torches in a manly way.

Include matches, a camping stove and a multi-purpose tool. Actually let’s be honest, what you’re really going to need are shedloads of bog paper and tampons. Funny how they never mention those in post-apocalyptic Hollywood movies.

Listen to the radio for official broadcasts

The government will give you regular updates on the situation and instructions on what to do next. Or there might just be a recorded message saying everything’s fine and some ‘on hold’ muzak. You be the judge of that one.

If you haven’t already done this go to Asda and grab whatever’s left after the panic buying. There’ll probably only be things like manky carrots and tinned turkey, so get a Jack Monroe book about cooking tasty meals on the dole.

Prepare for law and order to break down

Society is never far from anarchy, according to every apocalyptic drama ever. Before you know it your neighbour could be turning your dog into drumsticks and looking at your kids while holding the BBQ sauce ominously. Therefore it is a good idea to…

Due to the UK’s sensible firearms laws you won’t be able to get any big sexy guns so you’ll have to improvise. Make a ‘deadly’ mace by hammering six-inch nails through the tennis ball on an old Swingball set.

You’ll enjoy smashing them as you reflect on the fact that it was the bullshit WW2 nostalgia industry that helped get us into this mess in the first place.

'Miracle' mum learns to stick to relevant points of story 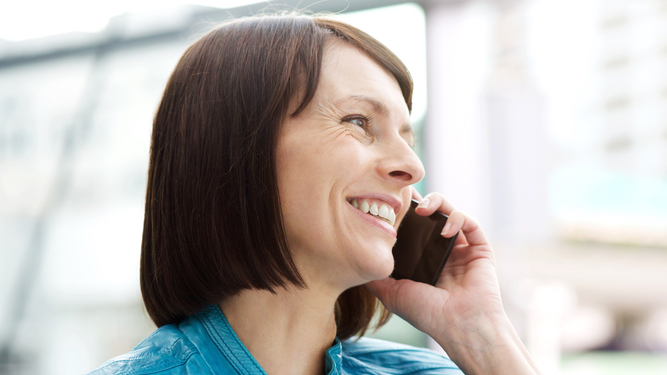 A MUM has baffled scientists by learning to tell a story in a clear and concise way.

Donna Sheridan, 52, used to recount anecdotes in a long and confusing fashion, including people and places that had nothing to do with her eventual point, if there was one.

However after extensive coaching in a laboratory setting, Sheridan has learned to cut out tedious, unnecessary detail such as what the weather was like that day.

Professor Henry Brubaker of the Institute for Studies said: “We’re stunned by her new ability to convey information quickly and succinctly without digressing into the plot of Emmerdale.

“We repeatedly exposed her to examples of economical storytelling such as the film Jaws and gradually she learned to cut out irrelevant guff like whether she is planning pasta for dinner.

“We’d assumed mum anecdotes were an evolutionary trait whereby Stone Age mums protected their families from sabre-toothed tigers by keeping them in the cave listening to long, unfocused stories.

“But now this breakthrough offers hope to millions of children who suffer painful mum stories every weekend, often about rhododendrons.”

Sheridan said: “I bumped into my daughter’s old English teacher on Tuesday. Nothing of interest emerged. The end.”