15 things not to say during tonight's final

TODAY’S Euro 2022 final between England and Germany is a historic occasion which the country is obligated to watch. So avoid saying these things:

‘Not really as good now it’s not revenge for the war, is it?’

‘I think I must be one of those liberal progressive-type men, because I don’t really fancy any of them.’

‘It really is incredible that we’re watching England in the final of a major tournament when the football’s Championship level at best.’

‘It’s nice it’s on in the afternoon so it doesn’t cancel Murder In Provence. That’s women, you see, considerate.’

‘Ooh did you see the face on that one when she got tackled? Looking absolute daggers at that other bitch. There’ll be trouble later.’

‘Which ones are lesbians? I can’t tell.’

‘You see love, this proves it’s possible for a woman to understand the offside rule. Do you want me to go through it again?’

‘Now that one, she’s been bought by Barcelona. Not proper Barcelona, obviously.’

‘Imagine if they were playing the East German women from the 80s. Drugged up the eyeballs and built like brick shithouses. It’d be like 70s Leeds vs under-12s from a Steiner school.’

‘You’d have thought they’d score more goals, what with it being the final and women supposed to be people-pleasers.’

‘Have they got WAGs have they? It’s just you never see them in Take A Break. That’s discrimination.’

‘Gives the defender more options, the female game; for example you see Millie Bright there just elbowed Klara Bühl right in the tit.’

‘Do they do the full 90 minutes? I’d have thought it’d be shorter for girls, like Wimbledon.’

‘We’re all winners just because they’ve got this far. But if they don’t actually win they’re a load of useless wankers.’

Women strangely reluctant to stick flares up their arse for final 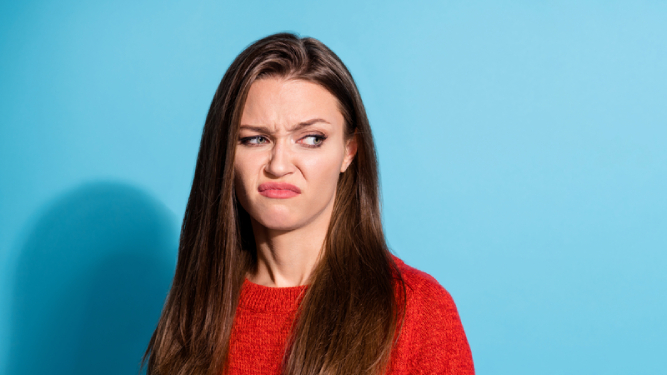 THE women of England are exhibiting a bizarre reluctance to stick flares up their arse ahead of the Euros final, it has emerged.

With only hours to go until kick-off, male spectators have been left disturbed and confused by the lack of women inserting flaming pyrotechnics into their anuses to show support for the Lionesses.

England fan Lauren Hewitt said: “I’m going to go to the stadium, watch the match and cheer at the appropriate moments. Much like how any sane person would express their support.

“However I’m not going to get carried away and turn myself into a Roman candle. Flares should only be lit in times of distress or to warn other vessels of your position, so it would be silly to use one now, arse or no arse.”

Baffled onlooker Norman Steele said: “Don’t women know that making a tit of yourself before an England match is a proud footballing tradition? They’re not even beating up German fans or trashing Wembley Stadium. It doesn’t make sense.

“If women want to be treated as equals then they should shove a firework up their rectum and give their arses second degree burns. Otherwise they’re just being massive hypocrites.”