WANT to do competitive physical activity, but not to break a sweat? These five activities are technically sports but medically aren’t:

Taken up by men in their 40s who haven’t got the honesty or courage to have an affair, golf was invented to combine minor exertion with a walk somewhere the poor aren’t allowed so you can talk mortgages, stock options and mergers. Donald Trump plays it obsessively and he’s fat as hell.

An Olympic sport requiring no stamina at all, archery was invented to do the opposite of burn calories. Back when, you’d be hoping to hit a pheasant so your wife could fry it up for you. Recreate this primal feeling by pinning a large Dairy Milk to the bullseye.

Whether lawn or ten-pin, bowling is a bit like the shot put but, helpfully, you immediately put the heavy thing on the ground, expending minimal energy and keeping your heart rate in the ‘leisurely walk to the shops’ zone. Then it’s ages before it’s your turn again, so plenty of time for fried chicken or a fag.

To be good at the luge you have to be strong, but just to do the luge? It’s basically sledging on rails. All you do is go down a mountain and if you’re not walking yourself back up to the top, you’re doubling your time spent sitting down doing sweet f**k all.

The mother of all lazy sports, darts players have some of the least toned bodies in Western civilisation. Try to imagine a darts player with a six-pack. You can’t. It’s common for them to be even unhealthier than their spectators, an achievement unique to their sport, so if you’re fanatically opposed to living until your 50th birthday this is for you.

Biggest Tory majority since Thatcher wanked away by dickhead 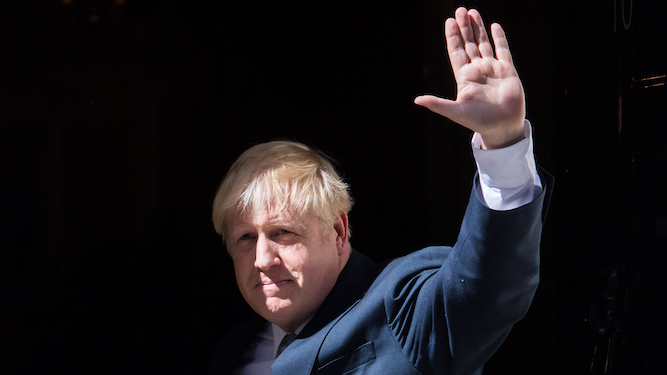 THE biggest Conservative majority in three decades has been wanked away to nothing by a complete dickhead of a leader.

Two years ago, Boris Johnson won a bollock-kicking majority of 80 seats, but now is only able to pass vital legislation protecting the public with the help of Sir Keir Starmer.

Backbencher Denys Finch Hatton said: “Normally in a case like this the reasons for the unprecedented rebellion would be complex and manifold. But Boris is just a twat.

“We all knew he was a twat before we elected him, but Brexit was of such vital importance we had no choice. Now, with a mere pandemic our only worry, it’s become a pressing issue.

“The parties, the lies, constantly being whipped to vote for total bullshit that he then pulls a full U-turn on making us look like dicks, it’s all added up. From now on we’ll vote however we fancy.

Johnson said: “With my loyal ERG nutters by my side, I’ll fire anyone who disagrees with me like in 2019! What? They’re not on my side? They hate me? Shit.”