A MAN watching lycra-clad people perform some physical bollocks according to impenetrable rules is pretty confident this must be the Olympics.

Wayne Hayes flicked on the TV to find a bunch of lean, determined athletes psyching themselves up to push their bodies to the limit in a sport he had never previously heard of and does not understand, and remembered this happens every four years.

He said: “I think this one might be some form of gymnastics? Maybe. Or possibly a martial art.

“Either way the judges have given that German girl low marks, though I don’t have a bugger why, and apparently Team GB aren’t expected to do well so no point finding out.

“It’s cycling one minute, freestyle wrestling the next. It’s like when ITV had World of Sport with Dickie Davies because they didn’t have any football. Exactly like, in fact.

“How long does it go on for? A month? Of keen little twats doing downhill archery and I’m meant to care about it? Then they’ll all be making up the numbers on Celebrity Bake Off being annoyingly ultra-competitive while we struggle to remember who they are. 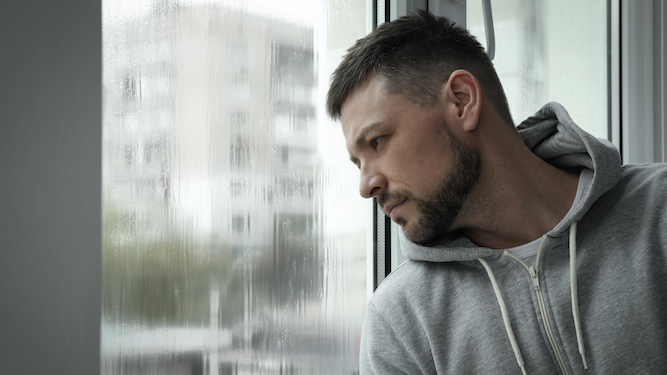 THE UK is not enjoying a weekend of rain, wind and cool temperatures as much as it anticipated it would last week.

After five sweltering days checking the BBC weather app waiting for the glorious miracle of sky-water to arrive, the country awoke to rain-lashed windows and was unaccountably down about it.

Ryan Whittaker of Dunstable said: “On Thursday I lay spreadeagled in my garden and prayed for rain. I begged for it. But now it’s here, it’s as shit as ever.

“I’m stumping around inside, miserable, looking out there thinking ‘Call this a summer?’ and ‘That’s my barbecue ruined’, when yesterday I ate inside with the curtains closed because the heat was so f**king unbearable.

“Last week I swore I’d dance around in the rain, clad only in boxers, whooping with delight at its invigorating kiss on my burnt shoulders. Instead I’ve just run out to the bin holding a plastic bag over my head.

“Though I suppose it will ruin everyone’s weekend at Latitude. Ah, that’s put a smile on my face.”