Other football clubs asked to take in Chelsea fans

OTHER Premier League football clubs have been asked to take in displaced Chelsea fans as their team faces ruin.

Following the government’s sanctioning of club owner and oligarch Roman Abramovich, other Premier League teams have been asked to accommodate displaced Chelsea fans as they frantically pile into packed trains leaving Fulham.

Chelsea supporter Nikki Hollis, cradling her baby, said: “Please help, we’ve got nothing left. We can’t buy tickets, the overpriced merchandise shop has pulled its shutters down, and we can’t even transfer Romelu Lukaku to make a bit of money.

“And it’s all because of that evil deceitful bastard with blood on his hands. Quite what Putin was thinking when he bought steel from him to make Russian tanks I’ll never know. It doesn’t reflect well on the Kremlin.”

Pensioner Martin Bishop said: “All we’re asking is that other teams look into their hearts and make some room for us. We’ll wear your shirts, sing your chants, anything you want. Deep down we’re not so different from one another. We’re just football fans trying to express our love for the game.”

Sanctions are unfair but us buying any player we wanted wasn't: A Chelsea fan explains 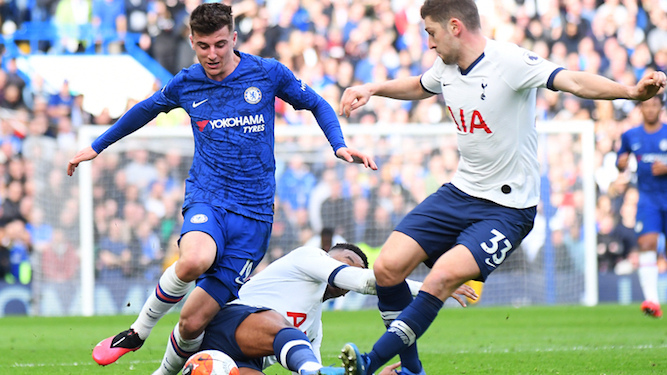 THE sanctions on my beloved Chelsea FC are deeply unfair and an abuse of process. Spending hundreds of millions on the best players for 20 years is different. Here’s how:

Our critics know nothing about football history, but Chelsea had a rough time before Roman. No more than a few FA Cups and the lesser European Cups in 10 years before he bought us and we achieved our title destiny. It’s a classic underdog story. Sending us back down? Vicious. There’s no classic overdog story, is there?

Look at Paris Saint-Germain. Spending millions and winning f**k all except frog titles that don’t matter. We didn’t win because we spent £121m on players in the first season after Roman, £92m the next and a billion and a half total since he arrived. We won because we’re Chelsea and Chelsea are winners. Anyone who says otherwise is jealous.

He really supports the club

Abramovich wasn’t some mercenary. He really loves the club and the cover it provided for subverting British democracy. Cut him and he’d bleed blue-and-white before having you killed. Sure, he’s an associate of a warlord threatening a nuclear holocaust, but is it ever right to punish a man for loving his team?

If they’re honest with themselves, every football fan knows about the anti-Chelsea agenda in the FA, the media and world geopolitics. They’re always looking to bring Chelsea down. It wouldn’t surprise me if they kicked off this war just to have an excuse. That’s how much they hate us.

Other clubs are doing it

Qatar own PSG, Abu Dhabi owns City, the Saudis own Newcastle, Delia Smith owns Norwich. None of their hands are clean. If those blood-soaked genocidal bastards – you think she made that money from cookbooks? Dream on – are fine, why not poor Roman? He never pulls the trigger himself. He’s got a strong ethical line about that.

We’re a great bunch of guys

Ask any football fan: Chelsea supporters are really solid dudes. We’ll always give you a bump of our coke and we leave business cards on anyone we kick the shit out of so they don’t wake up all confused. You wouldn’t want to see us suffer, right? Right?