Angry Scotsman to be released into community

BRITAIN faces the prospect of yet another unemployed, angry Scottish person at large.

Alexander Ferguson, a Glaswegian, will be released during the summer, with experts warning of a devastating effect on tourism, the economy and everything else.

Professor Henry Brubaker, from the Institute for Studies, said: “The one thing that puts people off visiting Britain is the very real prospect of being accosted in the street by an inexplicably furious Scotsman.

“Football clubs have proved to be very effective at containing belligerent Scottish people who would otherwise be free to vent their spleen in a public space.

“The football clubs should be forced to keep them, for ever, in a gated community where they can scream at each other and work on their endless, incomprehensible grudges.”

Meanwhile, Ferguson’s release has prompted golf clubs across the UK to draw up contingency plans in case they become the venue for his ongoing campaign of terror.

Martin Bishop, secretary of Hatfield Golf and Country Club, said: “We have taken down our website and prepared temporary signage to make the place look like a garden centre.”

Bishop added: “He now has the chance to travel. They should put him on the Orient Express so he can call everyone in Venice a bastard.” 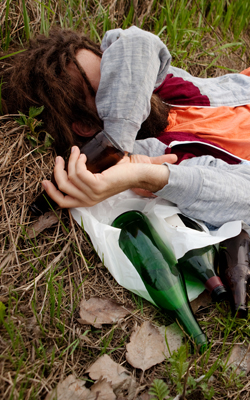 PERSONAL dignity is now the top thing to rebel against at music festivals.

As the festival season recommences, members of Britain’s millions-strong music counterculture said their main political concern was eradicating all self-respect.

26-year-old Tom Logan said: “The fat cats, bankers and Illuminati that run society want to stop us getting so wasted we soil ourselves because it scares them.

“So I’m fighting the power by dressing up as a giant sanitary towel, doing a huge line of ketamine then running around Glastonbury screaming like a banshee until my bowels give out.

“Hopefully someone will take a picture of me in a ditch, smeared in twenty kinds of human excrement and whimpering like a concussed rabbit, and put in on the internet. For the cause.”

Festival fan Emma Bradford said: “The festival movement is an amazing thing, it’s like the dawn of a new age of shitting your pants.

“And it’s all coming from the people, with a bit of sponsorship help from multinational soft drinks and technology companies.

“This generation is not afraid to wake up in a bush with no pants on and I think the people in charge are frightened. Well maybe not frightened exactly but certainly annoyed.”