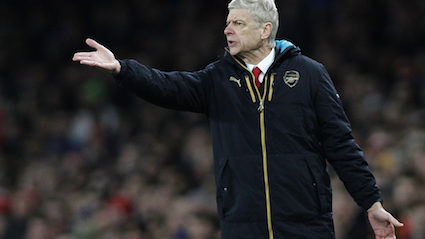 AN ARSENAL fan who will never forget what Arsene Wenger achieved for the club has asked him to please fuck off, sir.

Wayne Hayes told the manager that the 2002 Double was the greatest moment of his life, that there should be an Invincibles statue outside the Emirates, and that he must leave the club immediately and never come back.

He continued: “Arsene, you’re a hero to me, and it is with the utmost reverence that I ask you to get the fuck out of my club.

“You made Arsenal the success I’d always dreamed they could be including our first Champions League final in 2006, 11 years ago, since which you have achieved bugger all.

“It would be a fitting send-off for you to stay until you won one final FA Cup, but we can’t afford that. There’ll be nothing left.

“I salute you sir, you are forever an Arsenal legend. You useless, useless wanker.” 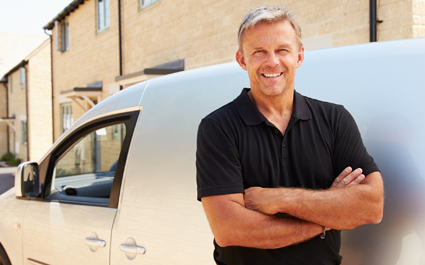 A SELF-EMPLOYED builder would face a significant tax increase if he didn’t always ask customers for cash.

He said: “Thanks to bloody Hammond, ordinary hard-working blokes like me will have to pay more national insurance on the small proportion of our income that we actually declare.

“As if we weren’t already under enough pressure from middle class idiots who want us to stop drinking unpleasantly strong tea and get on with building their vanity-led house extensions.

“Luckily most of my earnings are in the glove box of the van, tied up in thick dusty bundles with rubber bands.”

Guardian reader Julian Cook said: “As a staunch believer in the welfare state I felt a pang of remorse when our builder – whom I call simply ‘the builder’ – asked for cash payment.

“But when he said it was because ‘the Tories are bastards’ I felt obliged to hand it over. Also I am scared of him.”