Defeat against Bayern Munich has left the Gunners on the brink of elimination League, but in the long term it may be a blessing in disguise as it will allow them to focus on longer term failures.

“Of course there will be short term thinkers who questioned the wisdom of losing to Dinamo Zagreb and Olympiacos and would like us to win trophies now, but that’s not the Arsenal way.”

Arsenal fan Stephen Malley said: “It’s important that the club is always looking to the future, even if the future is a constantly moving concept.

“I used to take my six year old to the Emirates every weekend but instead I’ve just told him to make sure he brings his children.” 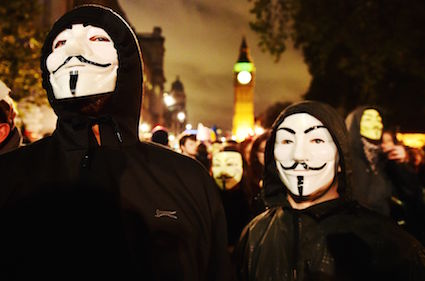 PEOPLE across Britain have voiced their support for the dominant economic system, it has been confirmed.

After protesters gathered outside Parliament last night to point out that the world is unfair, millions decided they would rather be poor than be those people.

Office drone Nikki Hollis said: “I’m underpaid, under-represented in parliament, sexually objectified in the media and ignored at home, but at least I’m not some bellend in a £40 Guy Fawkes mask.

“I’m sure this probably makes me a quisling running dog but the main thing is, I’m not an arse.”

Meanwhile the march organisers insisted that setting off fireworks and pretending they are in V for Vendetta would make everyone realise that Starbucks is horrid.

Hollis added: “I know that big businesses are probably evil but on the other hand, Starbucks has never blown a whistle two inches from my ear when I’m trying to get the bus.”