Athletics ‘too hard’ without drugs

ATHLETES have rejected a crackdown on drug use, admitting it is only the drugs that make running a really long way halfway tolerable.

Following the World Anti-Doping Agency’s threat to crack down on drug cheats, top athletes have agreed without cocktails of illegal substances they would leave the sport.

A anonymous athlete said: “Why can’t the World Anti-Doping Agency just be cool for once?

“I’d like to see them run 10,000 meters in 26 minutes without being doped up to the eyeballs. Most normal, undrugged people can’t run for a bus without complaining about it for the rest of the day.

“We’re taking these drugs not for us but for our fans, our countries, the people that believe in us. We sacrifice our good, clean systems so you can feel a glow of pride. 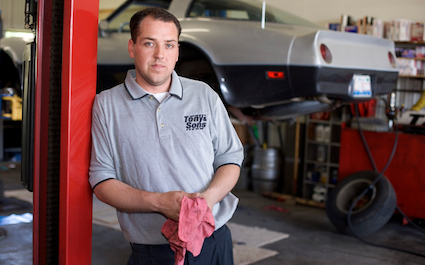 ELECTRICIANS, plumbers and car mechanics have confirmed that if customers are ‘bloody difficult’ they pay at least twice as much.

Following Theresa May’s reiteration that she is a ‘bloody difficult woman’, tradesmen across the country admitted they had subconsciously already added extra, unspecified charges to her bill.

“Make a huge song and dance about how they’re going to be querying every charge before you even start so you’re well prepared to get the really fucked carburetor out of the back to show them later.

“All you have to do is act really cowed and impressed, like you’ve never had a customer kick up a fuss before, and they pay all the made-up shit with a self-satisfied smirk on their faces. Easy.”

European Commission president Jean-Claude Juncker, wiping his hands on an oily rag, said: “Oh, actually we discovered the UK has further financial obligations which we had overlooked previously.

“You are welcome to query. I trust you are an expert on the inner workings of the EU?”