GEOFF Boycott is to open Yorkshire’s larget psychotherapy clinic, with a pledge to cure a patient every eight seconds.

Treatments will include sock-pulling-up lessons and an automated face-slapping machine that will simultaneously shake patients by the shoulders while buying them a pint of bitter.

Boycott said: “You might be an absolute bloody disgrace of a man right now, but I promise I can stop you from crying like some old grannie and do it with my eyes shut.

“Before you know it, you’ll be burying all those useless feelings under a steady diet of alcohol and bluster about car maintenance.

“I’m no psychiatrist, as every scrap of evidence clearly points to, but I do know that there’s nothing that can’t be cured by taking the dog for a walk while somebody tells you to pack it in because you’re a damned embarrassment to the game.”

The Geoffrey Boycott Depansification Clinic will not treat women because who really wants to listen to some bloody female going on about her emotional void and her dodgy waterworks?

But psychiatrist Dr Nikki Hollis said: “Boycott should try to understand that not everybody is from Yorkshire and as such may not have an unshakeable and wholly unjustified belief in their own brilliance.

“Most humans are prey to bouts of introspection and self-doubt rather than loudly telling anybody who’ll listen that they come from the greatest piece of land on the planet and that therefore, by some inexplicable transitive property, they are also unquestionably superb.

“Depression is a complex and debilitating illness that sometimes requires therapy and medication rather than simply grinding out an unbeaten 152 against Worcestershire.”

Money and objects to remain important 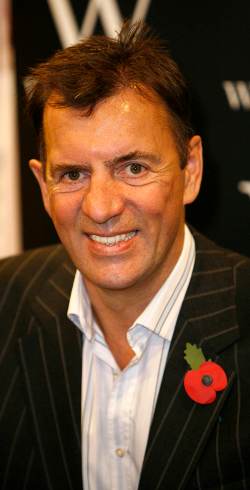 MONEY and the objects that can be purchased with it will continue to be everyone’s top priority, it has been confirmed.

In the wake of the Budget, economists said that for at least two years everyone will fret about maintaining their current level of money and things until living standards rise and everyone can return to fretting about how much money and things they have compared to other people.

Helen Archer, from Hatfield, said: “In a way it’ll be a relief to just focus on continually counting my own objects for a couple of years.

“I think every once in a while it’s good for us as individuals to step back and become even more pathologically materialistic and self-absorbed.”

Tom Logan, from Finsbury Park, said: “The weather has been just lovely this week which has given me the chance to laze around in the park comparing funky bluetooth headphone prices on my iPad.

“I think sometimes we forget just how good it is to stare at screens while surrounded by nature.”

Meanwhile, as millions of people use their smartphones to look up the word ‘austerity’, the Daily Mash presents a simple guide to saving the thing you’d realise you don’t need anywhere near as much of if your brain wasn’t so consistently full of shit.

Cancel your gym membership
Being a member of a gym is sociopathic. Stop it, you vain, obsessive weirdo.

Take a packed lunch
Everyone knows that home-made sandwiches taste better. How could they not? Why would we even allow Marks and Spencers to sell us sandwiches in the first place? What in the name of God is wrong with us? Save money by scavenging some old Tupperware from the local tip and getting up three and a half minutes earlier.

Brew your own beer and wine
Risky, because you might die, but being poisoned is surely preferable to funding yet another fucking Guinness advert that thinks it’s a work of art. Also, your house is open 24 hours a day and you won’t get your head kicked in for giving yourself a dirty look. Even then, being so drunk on home-made Chardonnay that you actually beat yourself up has got to be more entertaining than yet another pitifully competitive quiz night at the Dog and Wii.

Grow your own vegetables
Admittedly difficult if you live in a flat, but there is no reason why you shouldn’t set aside a corner of your living room for breeding delicious parrots.

Read a book
Secondhand books cost 20p and 98% of them are better than anything that has ever been or ever will be on television. Then again, perhaps you derive entertainment from playing video games like some little child who still pees the bed and is about as attractive to women as a gynaecological spatula.

Shut your fucking face
Instead of complaining about how you can no longer afford the gym, a pretend sandwich, a few drinks after work or a Sky subscription, why not try shutting your ghastly fucking hole for five minutes?