Britain wants Jurgen Klopp to be its stepdad

BRITAIN’S football fans have admitted that having Jurgen Klopp as a stepdad would be great.

After the Liverpool manager made people actually care about a Burnley-Watford match last night, the consensus was that having him around when you went back home would be ace.

Arsenal fan Wayne Hayes said: “I’ve always thought Arsene Wenger would be a distant, patrician type who would constantly remind me what a disappointment I was to my mother but Jurgen would get me pissed on home brew in his shed.

“He’d pop 20 Regal into my top pocket, ruffle my hair and we’d go and watch Jaws together on his massive telly.”

Klopp stood in for Sky pundit Gary Neville and was immediately inundated with requests to permanently replace the former Valencia punchline.

Thousands called in to the show to ask the producers to pass on a photo of their mum with her phone number on the back and a comment on how good she looks for her age.

Hayes said: “Most people’s step-dads just make the bathroom a no-go area after Christmas dinner, like I reckon Sam Allardyce does.”

Big Sam doesn’t give a f**k 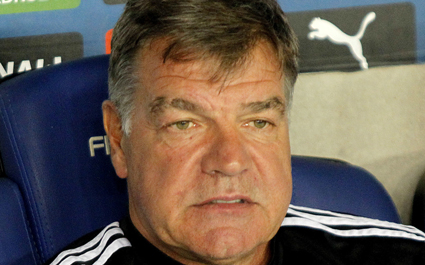 ENGLAND manager Sam Allardyce has confirmed that he could not give a fuck what anybody says.

Big Sam responded to allegations he used his role to negotiate a £400,000 deal by asserting that he is not in a position to care less.

He continued: “My baseline is already that I don’t give a fuck, everyone knows that, frankly it’s insulting to suggest otherwise.

“I said Woy was a bollocks manager and England were crap at the Euros? Obviously I’m wrong, that’s why I’m manager now.

“Go ahead, sack me. I hear Pep Guardiola’s interested. Oh no, wait, no he fucking isn’t.”

An FA spokesman said: “In light of recent performance, we no longer consider any misdeeds while England manager to be a sacking offence.