CHELSEA have reported Manchester City to the FA for behaving exactly the same way they have behaved for years.

The Stamford Bridge club is furious with City for its tapping-up of John Terry and flagrantly offering them £40m for a player who obviously isn't worth it.

Coach Ian Ancellotti said: "It's incredibly unprofessional to unsettle a player in this manner. Ashley Cole remembers how much it disturbed him before he signed for us.

"After weeks of José Mourinho telling him £65,000 was a pittance for ambling up and down the wing and then looking upset whenever he lost the ball, he snapped and asked for a transfer from Arsenal."

Mark Hughes denied tapping-up John Terry, telling journalists: "We'll double whatever wages your rag is paying you to write something nice about us, like how Robinho and Wright-Phillips resemble two little toddlers playing at being footballers, bless them."

Hughes defended the club's reputation of buying success by unveiling its new youth academy, bought from West Ham for £127m and transported up the M6 in a convoy of horse boxes.

Meanwhile City has also unveiled plans to buy its fans a repertoire of songs and chants from Newcastle, Middlesbrough and Charlton, as well as that funny one about 'Arsene Wanker' from Spurs.

But Ancelotti is adamant City’s behaviour is damaging football, adding: "An under-achieving team funded by a shady foreign billionaire, pricing others out of the transfer market and wearing a blue strip is.. err.. yeah… right… I'll probably just stop there."

Neighbours Agree Never To Talk To Each Other Again 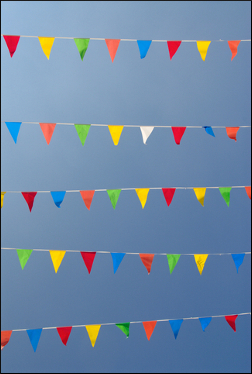 MILLIONS of people across Britain met their neighbours for the first time this yesterday and immediately decided never to talk to them again.

In the wake of the 'Big Lunch' street parties householders in hundreds of communities made their excuses, ran back inside, locked their doors and windows and logged on to as many property websites as they could find.

Martin Bishop, from  Peterborough, said: "I'm really glad we did this, mainly because I can now be 100% certain that my entire street is filled with ghastly lunatics who want to be my best friend."

He added: "There does come a time when negative equity becomes a laughable irrelevance."

Bill McKay, from Hatfield, said: "We met this couple from across the road. She's trying to get her cat into university and has obviously not had sex for at least 20 years, while he's a Conservative councillor who was wearing a Michael Jackson t-shirt.

"We've agreed to have dinner with them next Wednesday. Unless of course I can summon-up the courage to kill myself."

Tom Logan, from Finsbury Park, said: "So I met my next door neighbour. He's a fucking nutter. I'm buying an axe."

A spokesman for sponsors EDF said: "We think the Big Lunch has been a fantastic success, mainly because it will make people think we're a bunch of cuddly hippies who make electricity from dandelion petals and children's wishes, rather than a lot of ageing nuclear power stations run by Frenchmen."