CHELSEA FC is to remain part of John Terry for a further 12 months, despite rumours that the club was considering a move to the North American League.

A club spokesman said: “Before joining John Terry in 1998, Chelsea had no history to speak of. We scratched around the old first division and considered ourselves lucky to finish in the top 12.

“It was only when John Terry gave us a chance that we began to compete seriously for silverware, winning the FA Cup, the Premier League and later the Champions League.

“We still think we have something to offer John Terry off the pitch, in terms of coaching and maybe offering career guidance to younger Terries such as his son Georgie as they come through.

“In the meantime, we’re grateful that John Terry has offered us a testimonial match at his Stamford Bridge stadium.”

John Terry said: “I’d like to thank Chelsea FC for the sterling service they have provided John Terry these last 20 years.

“However, they must realise that no club is bigger than John Terry.” 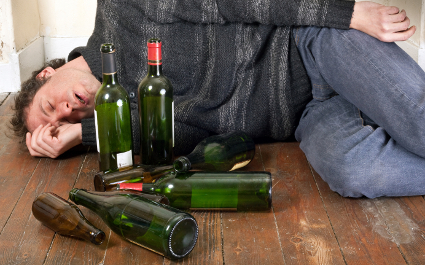 A MAN has embarked on a three-day drinking bender to reward himself for a relatively small life achievement, it has emerged.

Tom Booker began the marathon drinking session last night after finding out that he had a job interview for a junior position at some bullshit PR company.

He said: “I mean, it’s a big deal getting a job interview.

“Sending in my CV took real effort, and the cover letter introducing myself was a bitch to write, so why shouldn’t I reward myself by drinking a litre of vodka, 20 pints of lager and several bottles of Jacob’s Creek over a 72 hour period?

“After all, I can’t be going on three-day sauce benders when I’m working a nine to five at this amazing company. Well, except  those times when I just feel like calling in sick and going on a three-day bender.”

Booker plans to continue drinking until Saturday evening, leaving himself some time to partially recover before his two-stage interview on Monday at 9am.

He added: “I must remember to iron a shirt if I’m not too fucked.”