CRICKET has been officially reclassified as one of the world’s ‘cheaty’ sports, along with cycling and sprinting.

Following the confession of ball-tampering by Australia captain Steve Smith, the sport is now registered as one where results are likely to be dishonest but which you can still enjoy if you like.

“There are some sports that are basically honest, like football and tennis, some that you have to keep an eye on, like Formula One and rugby, and some that are simply dishonest by nature like cycling, athletics and now cricket.

“It’s liberating, in a way. Now we don’t have to pretend to be an actual sport with regulations we can make it much more exciting, with unlikely twists and turns like England winning a Test.

“Australia can take a belt sander to the ball in the next match if they like. The crowd are all pissed anyway.” 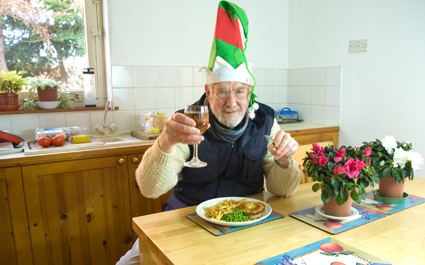 INTERNATIONAL Fuck Off and Leave Me Alone Day has proved more successful than International Happiness Day or World Poetry Day, it has emerged.

Martin Bishop, one of the people who organises this kind of thing, said: “We’re thinking next month we’ll have Everyone Stop Being a Pain in the Arse Day.

“Then if that’s a success we’ll also then have World No Poetry Day where no poetry or spoken word will be allowed and if you get caught doing any you get three months in prison.

“Although if any of the other cons ask you what you’re in for, maybe lie to them as ‘writing poetry’ is only one step up from ‘I got caught shoplifting from a charity shop which was run by an old blind woman.’”

Twitter user Emma Bradford said: “I loved International Fuck off and Leave Me Alone Day, although if you tweet me about it you really are missing the point.”