NEIL Warnock has blamed critics for his dismissal, claiming they posed as opposition footballers that kept beating his team.

Queens Park Rangers’ chairman Tony Fernandes sacked Warnock earlier this month, stating that the short-term vision of the club had been realigned to focus more on not getting their arses kicked all the time.

But dinner lady-faced anagram Warnock said: “Football critics have been infiltrating every echelon of football in a concerted effort to make me appear to the untrained eye like a cack-brained buffoon that couldn’t manage to get eleven sheep to shit in a field.

“They have an agenda of stopping the world from seeing the true magnificence of Neil Warnock and they are ultimately to blame for what people mistakenly believe are my manifest failings.”

Warnock has produced a 1,293-page dossier detailing the various ways critics have conspired to ruin his career, from steering radio-controlled footballs 35 yards over the crossbar during matches to his belief that Adel Taarabt is actually bearded, 22-stone Daily Mail columnist Martin Samuel in disguise.

He estimates that one in three opposition players were actually football pundits dressed as professional athletes, confusing his side into submission by bombarding them with questions about the percentage of effort they were giving during matches.

He also claims that his 6-0 defeat against Fulham this season never actually happened, with the game actually being a scrappy 1-0 win for QPR, but the critics spread so many rumours of his side being humped that they were eventually believed to be true.

Warnock added “One day, my sacking will be seen as a conspiracy to rival the JFK assassination, the only difference being that people were quite sad when that happened.”

I can destroy you, Moira Stewart tells self-assessment taxpayers 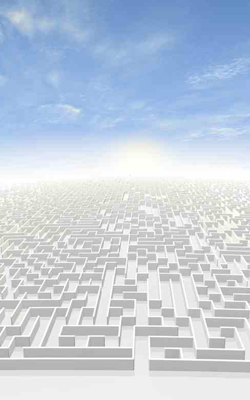 MOIRA Stewart, the all-seeing God of Tax, has warned of great suffering for those self-employed workers whose forms displease her.

Powerful divinity Stewart, whose earthly guises include a semi-likeable middle-aged woman, a grey fox and a fire-breathing lizard with nine heads and 43 tusks, has assured mortals that she will not be made a mockery of as the Great Deadline of January 31 approaches.

Stewart, also known as Brabarine or ‘The Taxacious One’, said: “The hour of self-assessment is nigh.

“But heed my words – a Tesco carrier bag full of crumpled receipts and sweet wrappers does not represent adequate record keeping.

“Nor can you simply make up a number, times it by four and call it your ‘mileage allowance’.

“I have many eyes and many ears. My minions include HMRC inspectors, birds and little insects that land on my shoulder and chirrup of your lies.”

Stewart’s main shrine, The Golden Temple of the HMRC Dawn, has been inundated with offerings from workers anxious to curry favour with the implacable god.

Scaffolder Tom Logan said: “After sending my tax return, I became paranoid that I may have somehow forgotten to include about six months’ worth of cash-in-hand work.

“So I’ve brought this fatted calf and plan to kill it in the reception area, hoping that it will encourage Moira Stewart to be merciful.”

Meanwhile thousands of concerned self-assessment taxpayers are trapped in the Celestial Maze, also known as the HMRC Helpline.

Masseuse Nikki Hollis said: “There are many menus, each one promising to lead you to an advisor.

“But they only lead to further menus, or a recorded message telling you to go to the website. And if you accidentally press ‘3’, you die instantly.”