MANCHESTER United’s Angel Di Maria is excited about watching the Champions League from his own sofa.

The winger has spent four frustrating years at Real Madrid missing out on the most prestigious club competition in the world because he was always on the pitch playing in it.

He said: “When I was a boy in Argentina I used to dream of watching the Champions League on a gigantic television, but ever since moving to Europe I have been working nights.

“Tonight I have beer, I have nachos and I am on the edge of my seat waiting to hear Adrian Chiles introduce the game with an irritating, poorly executed pun.

“And I learn so much from the expert commentary of Andy Townsend. Who knows better about the top level of the European game than a man who twice won the League Cup?

“Football doesn’t get any better than this.” 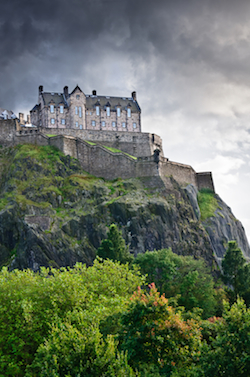 Edinburgh Castle is a fucking prick

With one day of campaigning left, the debate is now focused on millions of red-faced maniacs calling each other bastards.

Across the country ordinary people have poured onto the streets to scream filth at someone, as light aircraft fly overhead trailing banners that feature heavy use of the ‘c-word’.

On the BBCs evening news programme in Scotland, the presenter referred to SNP leader Alex Salmond as a spunk stain, but maintained impartiality by comparing Gordon Browns latest speech to an ice cream made of shite.

Julian Cook, a UN election observer, said: The Yes campaign has now become a grassroots swearing movement, while the No campaigners turned over a desk and told me they are having none of this pish.

A Yes campaign spokesman said: Weve asked our volunteers to go out today and call 50 people a bastard.

A No campaign spokesman turned over a desk and added: Fuck off.

Cook said: Luckily Scotlands not completely obsessed with tribalism, so it should all calm down by Friday afternoon.