Diego Costa knows song that will get on your nerves

CHELSEA striker Diego Costa knows a song that will get on your nerves and is happy to demonstrate how it goes.

The former Atletico Madrid striker has scored 17 goals this season, thanks to defenders being too irritated to mark him for longer than eight minutes at a time.

Swansea defender Ashley Williams said: “When we played them, he sang it over and over again while jabbing his elbow into my ribs on the downbeat.

“I might not like what Costa’s doing, but I have to admit he’s very good at it.”

Retired professional Bill McKay, aged 66, said: “In my day, we didn’t have songs that got on people’s nerves. Songs that got on your nerves were a foreign thing, like diving, spitting and the three-pass move.”

“When I marked Stanley Matthews in 1959, he sang Abide With Me in a lovely velvet baritone. These days they mostly do DJ Otzi and that one about Amarillo. Where’s the respect?”

Jose Mourinho said: “It is a lovely song. I hum it often to myself in the technical area, especially when we’re playing Arsenal.

“And Diego also knows the song in Spanish, French, Portugese, German, Italian, and the Slavic languages.

New Britflick shows positive side of life of crime 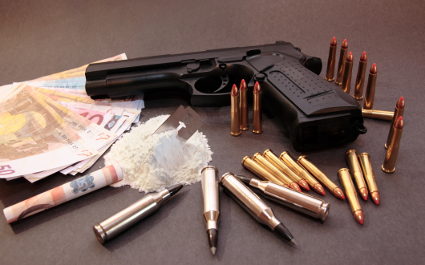 A NEW British film aimed at teenagers will show the glamorous reality of life as a drug-dealer on a council estate.

Happy ‘Hood, funded by the Arts Council, wants to set the record straight after a slew of films in which the criminal lifestyle is portrayed as inevitably leading to prison or death.

Director Julian Cook said: “We follow young boxer Wayne Hayes as he abandons a punishing, difficult and ultimately unrewarding future in sport to build a crack-dealing empire from his towerblock.

“Soon he’s making a fortune, has a beautiful girlfriend and a half-decent wife, drives around in a baby Bentley and at no point has to heartbreakingly betray any of his childhood friends.

“We felt it was important to show both sides of the story.”

But teenage cinemagoers have criticised the movie. 18-year-old Tom Logan said: “I go to the movies for escapism, like a story about a teen gang risking they whole futures in a desperate struggle with the feds.

“All this where the dealer gets rich and does whatever he wants, man, I see that out the window every day.”