ENGLAND were sort of celebrating last night after they managed to retain the Ashes by not playing cricket.

The absence of a victory followed two tests where England failed to match Australias level of rottenness and gave captain Alistair Cook his first taste of Ashes ambivalence.

Cricketologist Wayne Hayes said: I think the turning point in the series was when a front of warm, moist air off the Irish Sea met the colder ground of the North West, then hosed down Manchester for two days.

You have to be mildly impressed with the England squads ability to be based in a country with a variable climate.”

Englands lack of defeat in the Ashes has been vital in deciding definitively which is the better of the teams ranked third and fourth in the world.

The series sees England confirm their not-terribleness on the international stage as a test side. Large crowds are expected for the next test in Durham, mainly because the tickets were sold in advance.

England fans will be looking to see if Bresnan can continue his run of being alright and will be hoping that Australian captain Michael Clarke persists with using the DRS appeal system on an entirely random basis, possibly by querying the outcome of the coin toss.

Alistair Cook said: All the lads are absolutely satisfied right now and the atmosphere in the dressing room can only be described as electric blanket. That was until somebody mentioned South Africa and we all got depressed again.

Do bacon next, scientists told 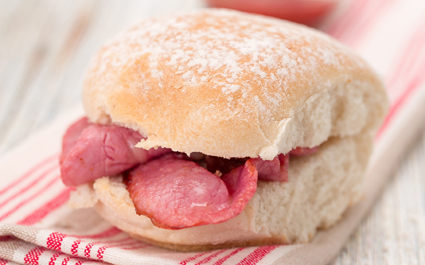 SCIENTISTS who grew a burger in a lab have been ordered to get cracking on bacon next.

The synthetic burger was sampled by food critics who declared that it was good enough for Northerners, but was not as good as those gastropub ones that come with a little canister of chips.

Bacon fan Wayne Hayes said: “This is a good start but the holy grail is obviously bacon.

“If I can buy a big bucket of chemicals and make bacon happen whenever I want I’d be so grateful I might start going to church again.”