England fans to stay at Edgbaston and get shitfaced

EDGBASTON will stay open until 7pm today so England cricket fans can get mortal.

With play expected to last until the Australians realise how worthless they are, the remaining seven hours will be filled with lager.

England fan Nikki Hollis said: “Hopefully the cricket will be wrapped up by noon so I can concentrate on getting hammered.

“I’m going to be drinking Australian lager because I want to be really patronising.”

England captain Alistair Cook said: “Edgbaston is a lovely old ground with really first-rate bogs so it promises to be a smashing day for everyone that they’ll hopefully be too shitfaced to remember.

“And we need to have some fun before Australia inevitably win the remaining two tests and remind us why we hate cricket so much.”

Under normal circumstances a percentage of the ticket price is refundable if limited overs are played but this will be put behind the bar instead, on the proviso that nobody acts the arsehole and starts ordering doubles. 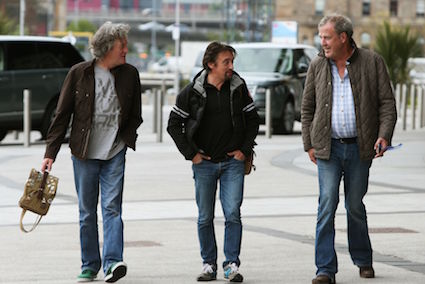 Clarkson, along with James May and Richard Hammond, will be forced to start work at 5am, delivering books, DVDs and Nutri-Bullets across the country before making another dreary programme about cars.

A spokesman for Amazon said: “There is a good chance that within the next couple of years even the most fervent Top Gear fan will tire of it.

“Because it’s so awful.

“At that point we do need to get our money’s worth. So for an extra fifty quid you can have Clarkson or one of the other ones – I want to say ‘Trevor’ and ‘Little Mickey’ – deliver your hot yoga DVDs or the latest corrected version of Go Set a Watchman.”

Clarkson said: “I will be doing the deliveries in a Lamborghini Aventador because you can’t afford one. And if you don’t answer the door within 10 seconds I’ll  tell you that you look like a Mexican prostitute and then punch you.

The Amazon spokesman added: “We’re hoping Little Mickey won’t have too many bored housewives on his route as there’s a strong chance he could become some sort of miniature sex slave.”