FOOTBALL chiefs are to consider a reduction in the number of spray-tan trollops that top-flight players have to wheelbarrow in a motorway hotel.

As the England squad arrived back from South Africa, officials said the players were tired after a long season of driving their childish cars to the High Wycombe Travelodge for wanton, beer-fuelled intercourse with wave upon wave of ghastly, fake-titted ultra-skanks.

An insider said: “We need to take a fresh look at the league schedule and see if during European Championship and World Cup years we can finish the season that bit earlier so the players are not still chin-deep in filthy, fame-hungry little strumpets come the middle of May.

“When you add the league campaign, the FA and Carling Cups and European club competitions, the last thing a player needs is more than, say, 30 blonde, pox-ridden floozies homing in on him like he’s a big, stupid bastard with too much money.”

But leading figures in the game have dismissed skank-rationing as too difficult to police and insist it would be much simpler to identify a new generation of promising young players and then hack their testicles off.

Former England manager Graham Taylor said: “They could keep some sperm in a little cup so they’re still able to start a family when they retire from international football.

“In the meantime we’d have a world class squad full of alert, focused eunuchs, all with that extra bit of pace because they won’t have a big, annoying scrotum continually getting in the way.”

Meanwhile Fifa president Sepp Blatter has apologised to England for Frank Lampard’s goal being disallowed, adding: “And that’s the same apology I gave to your mommas last night.”

Fifa has also confirmed that a number of items were taken from the England players’ rooms on Sunday, including underwear, a medal and a Fisher Price Play Centre.

A source said: “I’m sure that whoever stole Wayne Rooney’s underpants will now realise that all the money in the world is no substitute for a lesson in basic personal hygiene.”

Katona Sex Tape 'Kills All Who See It' 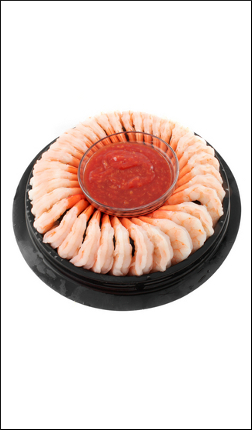 EVERYONE who has watched the Kerry Katona sex tape has died mysteriously within a week, it was claimed yesterday.

The battered VHS tape, labelled ‘Mark’s Football Compilation’, is believed to contain harrowingly explicit footage of the former pop star and the ex-husband who looks like an armed robber.

It is claimed that after watching the tape, the viewer’s phone will ring. On picking up the receiver, a 10-second snippet of Atomic Kitten’s first top 10 hit Right Now is audible, followed by Coleen Nolan’s voice saying, ‘We will drag you into the belly of hell and serve your toasted bowels as part of a surprisingly cheap party platter’.

Teacher Tom Logan, who claims to have viewed the tape, said: “I found it while clearing out my brother’s house, after he was found dead with his face frozen in a mask of terror, and fistfuls of what were later identified as Prawn-Influenced Cajun Nibblies stuffed into his still-open, eternally screaming mouth.

“I do not wish to describe the contents of the tape. But dear god, I would eat my dead grandmother’s hair for even the slenderest chance to unsee it.”

He added: “My flat now smells of despair, my television is leaking cheap sparkling wine. I know it’s only a matter of time before Kerry clambers out of it, and collapses drunkenly on the living room floor for half an hour or so before waking up and doing something horrible to me with a vol-au-vent.”

Urban folklore experts believe a victim’s only chance of lifting the curse is to pass on the tape to an unsuspecting third party.

Professor Helen Archer, from Reading University, said: “If you’re going to do that, probably best not let on that it’s Kerry Katona and some manky old sod going at it like a pair of rabid weasels.

“Tell them it’s a load of Macgyvers or something.”