ENGLAND have qualified for the 2018 World Cup finals in Russia despite their deep misgivings about doing so.

The team triumphed over Slovenia via a last-minute impulsive goal after spending 90 minutes wondering if this was even a good idea.

“I didn’t have any plans for next summer anyway apart from moving to Madrid, and apparently Russia’s nice and after we’ve got our three games out of the way there’ll be plenty of time to look around.

“I’d describe the mood in the dressing room as a bit like when the missus booked us tickets to see Britney in Vegas, which she had talked about but I sort of hadn’t realised was actually serious until it happened. That kind of feeling.

“Anyway the gaffer gave a really stirring talk about the law of averages and how you never know this time might be different. It’s great to have a boss who knows what a deeply mixed experience playing for England is.”

Kane added: “I did apologise to the lads for scoring without checking with them first. They said it was fine but I’m not convinced they all meant it.”

What about no prime minister, suggests Britain 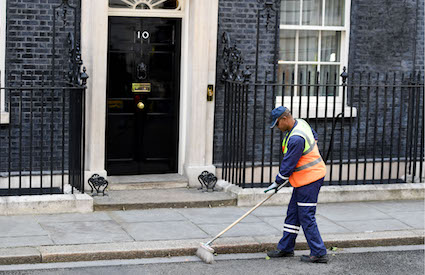 BRITAIN has given its backing to a radical new plan of replacing Theresa May with nobody at all and leaving the post permanently vacant.

As plotting against the prime minister gathers strength, the country has largely agreed with the Tories that there are no suitable candidates and suggested Downing Street should be left fallow for the immediate future.

Nail artist Nikki Hollis said: “Not Boris. Not Rudd. Not Rees-Mogg or Davis or Leadsom or any of the rest, and you know what? Not Corbyn either.

“There’s no shame in admitting that the UK has absolutely no credible candidates for leadership and just calling it quits and muddling along for a bit. Hey, better no deal than a bad deal, right?

“May’s already essentially a vacancy at the top. We’d just be making it formal.”

A Downing Street spokesman said: “I could still come out here and say we want a great deal that works for everyone even without anyone actually in charge, so why not?

“And if nobody’s using her room we could turn it into a gym.”