England team fired up for going home after Scotland game

THE England squad are single-mindedly focused on showering and getting home as soon as possible after tonight’s match against Scotland.

Rooney described his house as ‘massive and warm’

According to players the game against the Auld Enemy is vitally important to get out of the way so they can have a night in their own beds.

Manager Roy Hodgson said: Their dedication to getting through that ice bath and out the door is superhuman.

All theyre talking about, all theyre thinking about is one thing: that moment, at 10pm tonight, when they can stop pretending they care, clock out and fuck off.”

The new Assassins Creed came out last week, Ive got a copy at home, and if I can make it back before midnight I can get a decent session in.

Obviously our focus is getting to the end of the match with one, or at the most two, minutes of extra time added on. Any more is a disaster.

Scotland captain Scott Brown said: This is an absolutely massive match for us, because once its finished we have to go back to our horrible Scottish clubs.

Were playing for extra time and a 24-goal penalty shootout. 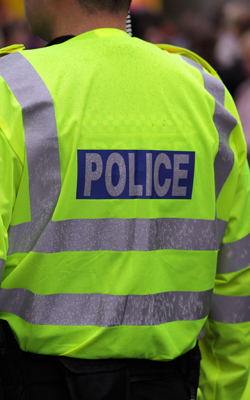 POLICE have explained that most so-called crimes are really just a series of unfortunate coincidences.

As it emerged that over 1m reported crimes go unrecorded, police explained that burglars were just drunk people who had wandered into the wrong house after going to a party dressed as a ninja.

A police spokesman said: Its easy to get the wrong end of the stick when you wake up to find a black-clad stranger rifling through your belongings, but chances are theyre trying to make themselves a toasted cheese sandwich.

The best thing is to explain that you see the funny side, point them towards the cheddar and return to bed.

He continued: Last week three men went into a bank, pointed their guns at staff and demanded some money. To the layman that might look like a robbery.

But if you stop and examine the situation, its clear they just wanted some pound coins for a parking meter.

Thats why they had a car outside with a driver and the engine running – because they did not have the requisite change and felt uncomfortable leaving the vehicle unattended.

As for the guns, probably they just forgot they were carrying them.

The spokesman added: Think very hard before you call us because it is freezing out there at the moment.