A FURIOUS protest over badges suggests Everton fans may not be normal.

The club has unveiled a new shirt badge which experts say is 6.4% different to the old badge.

But supporters insisted the new badge was ‘odd’, ‘clownish’ and a ‘betrayal of the club’s heritage’ leading to suggestions that they may be the sort of people who receive daily instructions from their goldfish.

“There’s also significant levels of fury at the absence of the club’s Latin motto, which translates as ‘nothing but the best is good enough’. Given Everton’s recent history, this would seem to be both untrue and redundant.

“Perhaps they could replace it with ‘David Moyes is a total fucknut’. In Latin.”

Cook added: “Both badges feature the same ugly little tower, both feature the club’s founding date and both are the same basic shape. But such is the level of anger that I sense this is not actually about the badge.

“Gary Lineker needs to tell someone to have a word with them.” 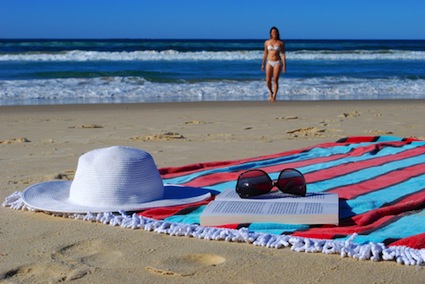 THE Daily Mail has now decided that holidays are decadent, Marxist and homosexual.

The nation’s conscience has urged its readers to spy on their neighbours and report them if they leave the house carrying a bag.

Launching its ‘Holidays are Foreign’ campaign, the Mail said: “If you are on holiday you are, by definition, not standing guard over our cherished freedoms. Therefore, when you return from holiday the Post Office will be a crazy Muslim.

“Also, if you are on holiday you are unable to deal with the Constant Massive Emergency.”