Every team that sacked its manager wins the league

THE Premier League title has been jointly won by every club that had the courage to sack its manager mid-season.

Fulham has been named Champion of Champions on dismissal difference for sacking two managers, while Manchester United sneaked in after sacking their manager with only four games to go.

A spokesman for the League Managers’ Association said: “Clubs like Liverpool and Southampton are once again, because of their discredited philosophy of managerial stability, propping up the bottom of the table.

“Chelsea and Manchester City have done slightly better but made the classic mistake of appointing new managers in the summer, rather than maximising disruption by doing it during the season.

“Forward-thinking modern clubs like West Brom, Norwich, Fulham, and Cardiff have all prospered and will be sacking their managers in Europe next year.”

Tottenham have been particularly praised for firing an experienced manager and giving the job to a player who fancied a go, with predictably amazing results. 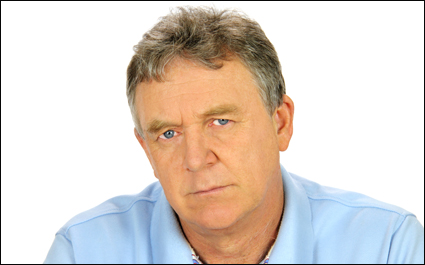 THE University of Life has once again been declared the best educational establishment by bitter middle aged men.

As official league tables declared Cambridge the top university, surly dads declared that all universities were just a load of wankers who look like that Sherlock bloke wearing scarves and having gay sex.

54-year-old Roy Hobbs said: “There’s only one place you’re going to learn anything useful, and that’s in the real world.

“None of this mortar boards and ‘la-di-dah’ nonsense. You want to get out there and start grafting.

“That’s what I do five nights a week in Tesco. It looks like I’m just stacking tins of beans but I’m actually broadening my mind at the same time.”