Everyone in crisis except Chelsea

CHELSEA is the one football club in Europe not presently descending into chaos, it has been confirmed.

After seeing off Schalke 5-0, Chelsea manager Jose Mourinho lavished praise on his players while surveying the wrecked hopes and dreams of every other team in the continent.

The Portuguese coach said: “It was good to win, because look, everyone else is up shit creek.

“Bayern lost, Benfica lost, Dortmund lost, Barcelona are going backwards, and everyone at Real Madrid hates everyone else.

“Now we need to focus on Sunderland, who are having a car crash of a season, but they’re not bottom of the table because six teams are somehow even worse.

“It is important that we put some distance between ourselves and the chasing pack, so we can sit back and watch them fall apart in a variety of hilarious, self-inflicted ways.”

Of Chelsea’s title rivals, Manchester City are woefully underperforming, Liverpool’s transfer policy has been a disaster, Manchester United have a catastrophic injury crisis, and Arsenal are doing an Arsenal.

Elsewhere in England, around forty clubs are poised to sack their manager following a run of bad results, thirty are teetering on the brink of administration, and another ten are dealing with the fallout from an employee’s ill-judged comments on social media.

A Chelsea spokesman confirmed that Roman Abramovich might decide to sack Mourinho and lurch Chelsea back into crisis, just for the hell of it. 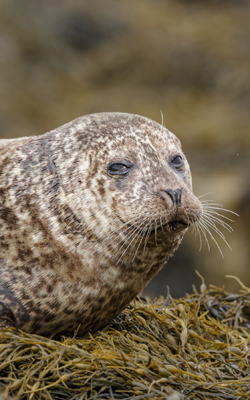 Thinks he is a fish-guzzling evil genius

The seals, thought to be responsible for killing several porpoises, have sent officers a series of ‘cryptic’ messages.

Detective inspector Tom Logan said: I suspected the seals were attempting to contact us when I received a soggy envelope covered in seaweed.

Inside was a message implying the killings were connected to signs of the zodiac, but I dont think theyd thought it through properly because it was too vague to lead to a proper battle of wits.

Then I got one with a nursery rhyme and some extremely easy anagrams, which I immediately worked out as Jack and Jill went up the hill to catch a tail of porpoise.

That was poor too because it doesnt quite make sense and they obviously got the idea from Die Hard with a Vengeance.

Logan added that he would not be following instructions to deliver a crate of fish to a location in the North Sea because it was obviously an attempt to toy with him and seals cannot be charged with crimes anyway.

Grey seal Roy Hobbs said: The police can work out the date of my next murder by cross-referencing verse numbers from the Bible with Catcher in the Rye, but only if theyve got exactly the right editions.”