PATRICE Evra has hired bodyguards to deal with loveable Liverpool rogues good-naturedly threatening to kill him.

Liverpool are set to host Manchester United tomorrow afternoon in a cup tie that has promised such high levels of humorous banter that all police leave in the region has been cancelled.

Members of the general public living near the ground have been warned that there may be random outbreaks of large groups of men just having a bit of a laugh and a joke. Police have also stated that a badly-aimed chorus of Ferry Across The Mersey can have somebody’s eye out.

Evra said: “Smalling and Jones are going to be replaced by ex-SAS officers to try and fend off the thousands of fans that might want to run onto the pitch to share a delicious bon mot whilst spitting playfully in my face.

“Games between Liverpool and United are always highly witty affairs but this one has the potential to be dangerously hilarious.”

Evra will be targeted by Liverpool’s 40,000 jokers during the match after he provoked Luis Suarez by being present during their previous game against each other, a fact that many fans are expected to remind him of using a variety of colourful phrases.

The kick off has been moved to 1245 in a bid to reduce the amount of ‘joviality juice’ the Liverpool fans can manage to consume before the game and the United fans will remain in the ground for an hour after the game ends to ensure their sides aren’t split with mirth on the way to the train station.

Evra added: “The fans may also wish to remember that I’m French. I’m sure they can do something with that.” 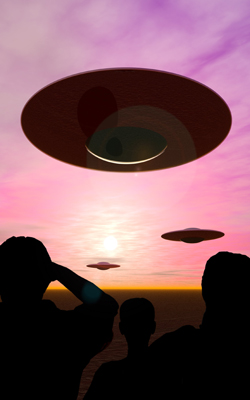 CHIEF Daily Mail space creature Paul Dacre has mind-merged with his martian leader to report that Earth is almost ready for invasion.

Mandible owner Dacre, whose true form is that of a giant tar-coloured grasshopper, locked his office door and stepped out of his human-shaped latex suit to deliver the good news to his master, a swirling purple cloud known only as The Ultimate Being.

Speaking in an unearthly clicking-based tongue, Dacre said: “Mighty one, the psychological destruction of the human race is complete.

“My plan to introduce the Kardashians and other American fuckwits that humans in Europe have never heard of – with the objective of snaring the sizeable US moron demographic – worked better than I had dreamed.”

He continued: “It seems the earthlings are stupider than we had even dared hope. It is all too easy to manipulate their self-hate, xenophobia and cellulite-related neuroses.

“Phase Three – total global war – will begin shortly. Littlejohn has prepared the trigger feature, entitled ‘Kill everyone now’, the sub editors are just wiping the dribble off it.”

“When the humans have all but destroyed themselves, I will send the signal to dispatch the saucers.”

The Ultimate Being said: “You have done well Dacre. It pleases me.

“When the invasion is complete you shall have your own hive and as many females as can be mustered.”

Feelers waggling lustfully, Dacre replied: “But Vorderman, can I have Vorderman?”

The Ultimate Being said: “You may have her, to do with as you wish.”