THE FA will substitute lower-league teams who reach the FA Cup final for popular clubs like Manchester United.

Full-team substitution lets the FA remove an entire playing squad, plus coaching staff, executive and fans, from the 2017 final if they are too badly regarded by international TV audiences to play.

FA chief Martin Glenn said: “For the first time there’s no need for a showpiece Wembley final to be ruined by an unfortunate, impossible-to-predict cup run by someone like Barnsley.

“It’s so tragic seeing them writhing painfully on the turf against a proper top-six club, everyone’s day out spoiled, everyone wondering what might have been if Wenger hadn’t played the youth team in the fourth round.

“As ever, we’re acting in the good of the wider game.”

Chairmen and fans of billionaire clubs have confirmed they will continue to regard an FA Cup win as a sackable offence.

Stranger Things fan admits it sounds like a lot of bollocks 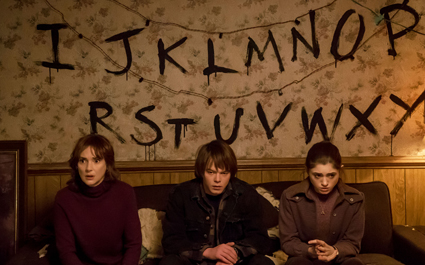 A WOMAN describing the Netflix series Stranger Things has admitted that it does sound shite.

Fan Mary Fisher was explaining the show to a work colleague when she hesitated at the bit about a kid trapped in an alternate dimension.

She said: “There’s these little kids who are into role-playing games and ride around on BMXs, one of them gets abducted by an evil alien.

“But he can still talk to his mum by making lightbulbs flash on and off. And there’s another kid with psychic powers and a shaved head, she’s escaped from some sort of trippy laboratory.

“Matthew Modine is in it, he’s an evil scientist and he has big white hair.”

Fisher’s work mate Roy Hobbs then suggested that what she had described did not sound very good.

“Well it sort of is that. In fact that is exactly what it is. Look, just let me have this, alright?”