Amy Fearn, who took charge of the last 20 minutes of Coventry versus Notts Forest, showed Baker the yellow card after trying to have a perfectly civil conversation about what has been going on with her recently.

She said: "Carl came on as a sub in the 81st minute and at first he was really nice and said 'hi'.

"I then tried to tell him what had happened in the match so far, but instead paying attention to me for a change he showed no interest and was just totally focused on his stuff. Honest to god, it was like I was completely invisible.

"So anyway, I booked him and then explained that I have a life too, actually, and that we would probably get on a lot better if he respected that and remembered that I have genuine emotional needs and I'm not just here to referee his silly football match."

Fearn was also forced to justify adding eight minutes of extra time after losing her whistle in her handbag and stopping the game to ask a female supporter where she bought her jacket.

Female officials have been criticised by managers in the past, with Luton's Mike Newell claiming in 2006 that woman were unable to keep up with the pace of the game because their vaginas were not aerodynamic.

But Coventry boss Chris Coleman said: "I think Amy did very well in her first match in charge, although listening to her recount every incident in minute detail in the bar afterwards did make me want to kill myself."

Most People Able To Watch Friends Inside Their Head 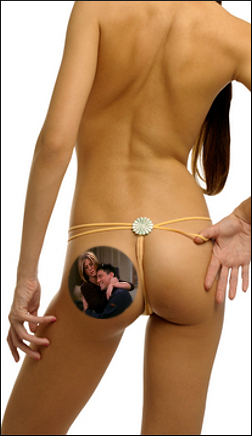 CHANNEL Four finally agreed to stop the US comedy Friends last night after accepting that most people are now able to watch entire episodes inside their own heads.

The sitcom, about six mentally disturbed New Yorker twenty-somethings, has been shown round the clock on every available surface in the UK since 1994.

But now the broadcaster wants to make way for fresh, new American repeats, or original British programming that everyone just knows is going to be dreadful.

Friends fan Nikki Hollis, from Hatfield, said: "There's nothing I like more than coming home from work while watching Friends on a bald man's forehead before sitting down with a nice cup of tea with Friends on it and then watching Friends on the back of a spoon, or if I'm on a diet, then maybe the lumpy surface of a small ramekin filled with cottage cheese."

Tom Logan, from Finsbury Park, said: "I used to hate going to the toilet in the middle of The One With All the Rugby but then Channel four started showing it in my stream of urine.

"Now I can safely piss without missing the bit where Helen Baxendale's rugby playing British friend can't work out whether he's from Sheffield or Aberdeen."

Helen Archer, who likes to watch Friends dancing playfully across the surface of four or five large glasses of white wine, said: "Sometimes I dream that I am inside the show and watching it from different angles. But then again everyone does that, don't they?

Joanna Kramer, from York, added: "Once I dreamt I was locked inside the audio visual unit with Joey and we did it while Chandler was having a foursome in the canoe with Janice, the chicken and Ross's little monkey.

"While I can't be 100% certain, I am pretty sure I won't want to have bestial sex dreams about Everybody Loves Raymond."