Sugababes 'Date Back To Henry Viii' 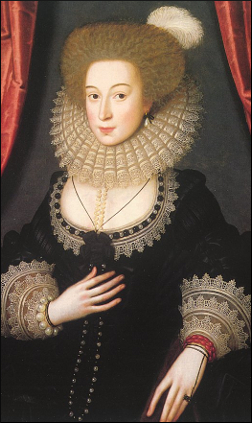 AN EARLY form of Sugababes could have existed during the reign of King Henry VIII, it emerged last night.

Documents and paintings discovered in a secret chamber at Hampton Court Palace refer to a trio of female entertainers know as 'The Sweet Women', who wore low cut bodices and caked more cochineal and lead-based poster paint onto their faces than other ladies of the time.

Tom Logan, professor of applied sugababeology at Reading University, said: "When Henry wasn't dissolving monks or testing the thickness of his wife's neck fat, he liked to settle down with a teenage Spanish virgin, a big bucket of goats testicles and watch three high society ladies slut it up on the dance floor.

"We believe these women – Lady Charlotte D'Agney, Lady Elizabeth Villieux and the third one, Beyonce of Arundel, could very well have been the first in the long line of tone deaf jail-bait that evolved into the current Sugababes."

Professor Logan also discovered what he  believes is the ladies' journals, containing sonnets and poems such as Shake Your Junk, My Sovereign Lord and the upbeat, 16th century R'n'B standard Protestant Welsh Sex Toy.

He added: "And then there's the haunting ballad Need A Stuart Inside Me Tonight, hinting at unrequited love and the pressures of being trapped in a castle by a 25 stone lunatic with a jacket made of bears.

"We've also found a parchment with several pictures of what look like male genitalia and typical Tudor phrases such as 'Charlotte 4 Cardinal Wolsey 4 EVA' and 'Lois XII of France is a fucking bender'."

Until now, sugababeologists have estimated the original line-up formed around 1900 and has since included more than 3,000 singers including Dame Judi Dench, Viscount Whitelaw, Ian Ogilvy and that ropey bird from Eastenders who looks like a hawk.