AFTER a summer of frenzied activity, football agents have returned to their slumber on huge piles of money.

Immediately after the transfer window closed, the agents spread their black leathery wings and took flight to warmer climes where they will remain in their underground cave homes until January.

Agent-watcher Tom Booker said: Its quite amazing to observe the migration patterns of the agent.

As soon as the football season ends, the flock arrives. For several weeks they will circle big-name players and clubs excitedly with their distinctive call of Harry Redknapp, Harry Redknapp.

Then, as soon as they have accumulated a sufficiently large heap of money to serve as bedding for their huge reptilian bodies, they head for the Caribbean before they are forced to actually watch a game of football.

Between now and January they will snooze atop piles of crisp twenties. If theyre woken out of season, theyll force you to take Niko Kranjcar or Danny Gabbidon on loan.

Despite agents being widely regarded as a pest, their mating ritual of buying champagne for tables of promiscuous women in vile London clubs remains extremely effective. 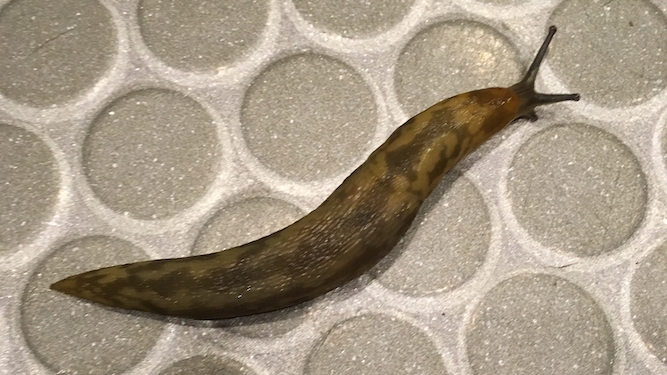 SLUGS get into kitchens by teleporting, it has emerged.

Scientists solved the mystery of how the gastropods enter apparently secure homes after watching them shimmer and then disappear, like characters ‘beaming down’ in Star Trek.

Professor Henry Brubaker, of the Institute for Studies, said: “It appears the slugs have to form a very clear mental image of your kitchen floor before they can teleport. The level of mental concentration required explains why they move so very slowly.

“Once the co-ordinates are fixed in their slug minds they dissipate into atoms, reappearing a fraction of a second later, usually beside a bowl of cat food.

“There’s no point trying to keep them out. Just let them leave their sticky residue everywhere.

“Try not to let them see you looking disgusted – that’s what they want.”