FOOTBALL fans are furious that matches are diverting attention away from the transfer market.

They want games in the Premier League to be put on hold so they can focus on their true passion, the pure thrills of the player marketplace.

Chelsea fan Donna Sheridan said: “A goal, three points, top of the league, who gives a shit? All I want to know is who’s triggering whose contractual buyout clause.

“How am I expected to pay attention to the game when I know the incredible spectacle of who owns Roberto Soldado’s image rights is being played out behind the scenes?”

Football agents, their paid shills in the media, and players all agree that who’s employing who is more exciting than wasting time kicking a ball.

A leading Chelsea manager, speaking anonymously, said: “The most elegant approach would be to total every club’s wage bill and the money they’ve spent on transfers, and the highest gross wins the title.

“If football wants to be taken seriously, then it needs to take the cameras from the grass to the boardroom.” 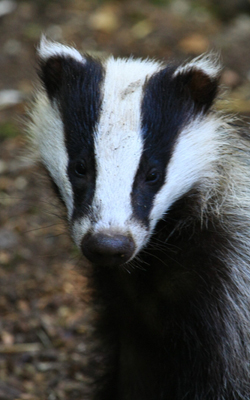 THE government has been warned that the badger cull will cause a film with Julie Walters.

Experts believe the premise of plucky underdogs battling heartless bureaucrats in the countryside is irresistible to upper class film producers.

Media analyst Donna Sheridan said: The government needs to reconsider its actions before something awful is unleashed, or at least given a very limited cinema release before getting dumped on Netflix.

“The film will centre around a recently bereaved housewife who has been giving milk to the playful family of badgers that visits her garden.

“In fact it might even be called Saucer of Milk.

“When she discovers the animals are going to be shot, Walters’s character is forced into action, aided by a band of colourful countryside characters including Colin Firth as a divorced vet who drives a battered Land Rover.”

She continued: An uptight government official gets sprayed with liquid manure, and there is a heartfelt confrontation between a farmer and his plucky daughter who has an activist boyfriend called Spud.

Look out too for Cara Delevigne or a former member of Girls Aloud playing a character who dresses like a slut but isnt actually promiscuous.

Towards the end, Julie Walters will be about to give up when she discovers a legal loophole, resulting in a race against time to deliver documents to a court when she could probably just phone someone instead.

“The badgers are saved, everyone learns a lesson, and that’s two hours of your life gone forever.”