THE start of the Premier League season has renewed  Britain’s sense of worthlessness and pessimism.

Football chiefs have promised the legacy of the season will be a fug of cynical self-loathing that could last well beyond the FA Cup Final in May.

Footballologist Wayne Hayes said: The Olympics can offer us a brief period of warmth, based largely on the boxing lady being quite nice, but football plays the essential role of making us hate rich, arrogant pricks.

It has much more profound lessons than the Olympics charming but naive message that hard work and honesty are rewarded, which they are clearly not.

Football helps us reach the deeper truth that life can be arbitrary and consistently unfair and that Alan Shearer can be paid a six-figure sum for commenting on a sport he seems to have no recollection of having played.

The National Happiness Index, which measures how close Britain is to a two-course meal of gin and paracetamol, hit a 20-year high at midday on Saturday.

But despite the very yellow weather the index had plummeted to a record low by 2pm on Sunday as everyone remembered that Frank Lampard still exists.

Meanwhile, the final Match of the Day next spring will be a 90-minute montage of natural disasters, weeping children and Alex Fergusons purple ‘face’ set to a slowed-down version of Radioheads Exit Music For A Film. 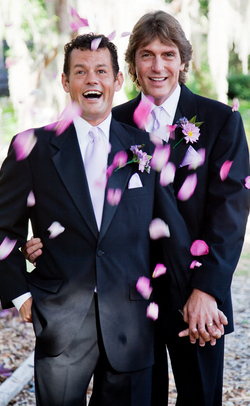 BRITAIN’S biggest Catholic has confirmed he will no longer use any of the letters in the word ‘gay’.

Cardinal Keith O’Brien stressed he was embarking on the phonetic moratorium because he did not want to be ‘prt of the problem’.

“However he has had to change his job to title to ‘Crdinl’.

“Also, half the word ‘Mary’ is off limits so from now on he will refer to the Holy Mother as ‘Ethel’.

“It’s not blasphemous if it’s part of a bulwark against depravity.”

The spokesman added: “Golgotha comes out as ‘Oloth’ and Calvary is just ‘Clvr’, so Easter is going to be tricky. Especially if he’s calling it ‘Ester’.”

“I’ve hd it up to here with their K-Jell, their lether pnts nd their Lori Nor records. It’s unnturl.”

He added: “Idell I’d hve stopped usin ll the letters in ‘homosexul’ but then ou would think I’m complete luntic.”