Rumours have been circulating the internet that a heavily oiled ***** was also used and needed ****ing with an electric *****.

Sources claim the ***** was subsequently ****** at least twice and then destroyed.

“All the rumours doing the rounds have about as much truth as the ones that say Robbie Williams likes ****.

The rumours appear to have been started by somebody working at Liverpool FC and the press is frantically trying to track him down as he seems to be friends with approximately two-thirds of the male population of Britain.

Journalist Charlie Reeves said: “Going by the phone calls we’ve had from members of the public, this guy has texted approximately 6.8 million people in the last few days. If anybody’s heard somebody moaning about getting a six-figure mobile phone bill, do put them in touch.”

Newly-installed Liverpool manager Roy Hodgson has defended Gerrard, saying: “Steven has assured me that nobody has ****ed his *** with ******* ****ade that shouldn’t have. Apart from anything else, nobody could play an entire season of football with a **** full of *******, could they?

“But having just left the Chelsea area, I can confirm that everything you’ve heard about John Terry is absolutely true, including the story about him hating *****s, **** and the *****.”

Millions More Old People Using The Internet Despite Not Liking It 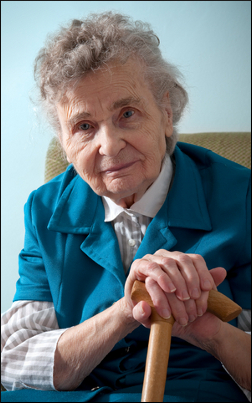 THE number of OAPs discovering the internet, deciding they don’t like it and then continuing to use it anyway has increased, according to new research.

The Office for National Statistics said that in the last 12 months more than two million pensioners have somehow acquired a broadband internet connection that they say they never wanted in the first place, and definitely didn’t order despite what anyone else says.

Writing on his blog, Roy Hobbs, 71, from Grantham, said: “I hate this so-called internet. It’s full of foreigners and queers. The old equivalent of the internet was much better. Whatever that was.”

He added: “It’ll be broken in six months anyway, you mark my words. Unlike my old BSA bike with a dynamo light and back-pedalling brakes that I had when I was a lad, which still works as good as new.

“If you’re interested, I’ve uploaded a short clip of my bike with some Flash animation onto Youtube. That was a waste of time too.”

Margaret Gerving, a retired headmistress from Guildford, said via email: “It’s because of the internet that no one sends letters any more.

“My grandson said I should get it and it’s been nothing but a curse. The other day I was looking for websites about suet and I accidentally typed in ‘pictures of well-set black men with big hard whatsits’.

“You should have seen the filth that appeared.”

Bill McKay, 79, from Doncaster, said: “I’ve changed from dial-up to broadband. Dial-up was much better. I thought the leads brightened up the place, despite having twice tripped over them and having to get the ambulance out.”

He added: “For clarity, I’d just like to add that I don’t care what anyone else thinks.”