Getting into nightclub much more important than having a dance, says Rodgers

BRENDAN Rodgers queued for ages to get into a nightclub only to leave almost immediately, it has emerged.

The Liverpool manager waited several hours for entry to the exclusive Promised Land bar only to walk out twenty minutes after arriving, declaring himself satisfied with his evening.

Rodgers said: “Getting past that velvet rope was a wonderful achievement, and the only thing that really matters. Once you’re in the Promised Land, what’s the point of staying there?

“You can talk about the great music, the massive cocktail list and the beautiful people, but all I care about is getting that inky stamp on my hand.

“Now I can focus on getting back in next time.”

The Liverpool players, who went with Rodgers to the Promised Land after he told them it would be the party of the year, admitted it was ‘strange’ to be told to get their coats mere minutes after they’d been waved in by the bouncer.

Steven Gerrard said: “I’d not been to the Promised Land since 2010, so I was looking forward to a big night out. But Brendan said he was keeping me fresh for a pub quiz this weekend.

“If we do well, he’s said he’ll take us to the Promised Land again, and this time we might get stay for twenty-five minutes.

“I didn’t even get a chance to politely ask the DJ if he wouldn’t mind possibly putting on some Phil Collins.

“It doesn’t matter though. We’d have gotten thrown out before long anyway.” 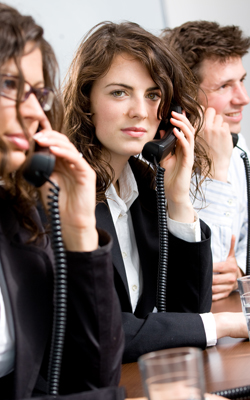 AN office worker has a nauseating, child-like phone voice that he uses when speaking to his girlfriend.

35-year-old sales administrator Stephen Malley, who speaks like a normal adut the rest of the time, switches to insipid cooing drivel whenever his partner calls the office.

Speaking on the phone to his girlfriend Emma Bradford, who is a needy annoying cow, Malley said: Hello, JLB Electronics? Oh hi pookin! How wah woo?

Aw. Aw. Are you nice and snuggly wiv your onsie and a wubbly cuppy poos of teasy weasy?

Cant wait to see you pookin. I wub you.

Malleys colleague Helen Archer said: Hes alright most of the time but when she calls you just want to staple his windpipe shut.

She is always ringing up for no reason, just to get attention. And you just know shes fucking someone else behind his back.

Malley continued: No you hang up.

Im not hanging up baby. You hang up.