THE opposition goalkeeper in a Goals five-a-side league match near Manchester looks a lot like Joe Hart, players have reported.

Tom Logan, 48, who captains Real Kebab, was surprised to find the goalkeeper of the opposing team, Scratch Of The Day, already in the caged astroturf pitch 15 minutes before kick-off and doing an oddly athletic warm-up.

Tom Logan said: “He was there with someone who looked a lot like a coach and he was making a series of incredibly agile saves.

“The traditional warm-up for a five-a-side game in this league is to down some Lucozade, burp a lot and then rush off for a piss against the clubhouse wall, so you could say he stood out.

“He also was six foot four, had training kit with the initials ‘JH” on it and looked exactly like Manchester City goalkeeper Joe Hart, that also gave him away.”

In the end, Hart was left out in favour of the team’s first-choice goalkeeper Wayne Hayes, who turned up late after nearly getting in a fist fight when someone cut him up in the car park. 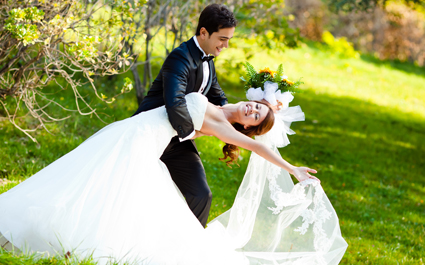 A WOMAN has put one of her wedding photos on her Tinder profile, fuelling speculation that she is not yet fully over her ex.

Donna Sheridan, split from husband, Roy, two years ago and decided to try out the dating app after friends said it ‘might be time to move on’.

Sheridan said: “I looked really nice in those pictures. That’s all it was.

“I’m in no way imagining my ex stumbling across me on Tinder and seeing me in that beautiful dress and remembering clearly the vows we made to stay with each other until death do us part on that sunny day in July not that long ago.

“My main picture is me throwing darts at a picture of Roy dancing with that whore in Majorca, that I lifted off his Facebook.”

Sheridan’s friend, Nikki Hollis added: “I told her it might be time to move on, which she took as time to move onto another level of hating her ex and letting the whole world know about it.”