Golfer somehow not an arsehole

A MAN who plays golf regularly is strangely not an arsehole, it has been confirmed.

40-year-old Martin Bishop is a full member of his local golf club and plays most weekends. Despite this he is widely considered to be a nice man who does not secretly hate his wife or drive a Jaguar with a customised hood ornament.

Bishop said: “I just like the fresh air really, and sometimes I have a couple of drinks in the members’ bar and a bit of a chat.

“Some of the guys drink a lot of whisky in the afternoon then launch into angry monologues about various social groups, but I’m not so keen on that.

“I suppose for me golf is more of a ball-based hobby than a futile attempt to escape some deeply damaged part of my psyche.”

However some club members are concerned that Bishop’s not being an arsehole may somehow spoil things.

Fellow golfer Roy Hobbs said: “Golf was invented by arseholes, for arseholes, and if you’re not an arsehole I don’t see how you can really ‘get’ it.

“It’s not a game, it’s about schmoozing local councillors so that you can build a housing estate on a local toad colony or some other weird business thing.” 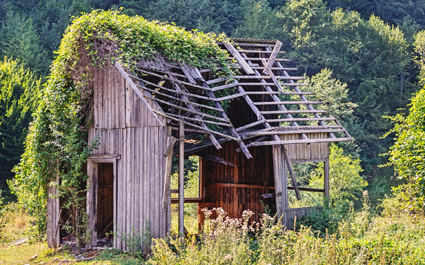 Despite widespread media interest, Britons are discovering life hacks are just nan-type domestic hints such as using a lemon to clean glass.

“I might stop wasting my life on this idiocy because although I’ve discovered essential oils mixed with baking soda makes an inexpensive air freshener, you can’t buy self-respect.”

Life hacker Martin Bishop said: “Thanks to all the articles about life hacks I’m learning new ones every day, like how you don’t need to bathe or wash your clothes if you spray yourself all over with Windolene.

“With all the savings I’ve got loads of extra cash to spend in the pub, but I prefer the hack of staying at home drinking pints of tap water made to look like beer with food colouring.

He added: “Yesterday I found out about a quick way of slicing tomatoes horizontally that will save me at least four minutes over the course of a lifetime.”