Government to apply its magic touch to football

ENGLISH football could soon be as impressive as everything else that is run by the government, it has emerged.

Whitehall is poised to take over the game, ensuring that it will be run efficiently and that no-one involved will receive an enormous amount of money for being rubbish.

As a committee of MPs warned football that it was just months away from becoming the Department of Football, experts said only Nick Clegg and Baroness Warsi could now prevent the sport from continuing to be a collection of private businesses that no-one is forced to support.

Martin Bishop, football economist at Donnelly-McPartlin, said: “George Osborne will want to cut non-essentials like seats, nets and crossbars. And do we really need that big, white line across the middle of the pitch?

“And does the ball have to be available for the full 90 minutes, or could it be shared by two or three different matches at the same time?

“Meanwhile, they will also spend £130bn on a fleet of massive underground stadia in order to intimidate the Soviet Union.”

Tom Logan, from Stevenage said: “Like most people I don’t care about football, but I did care about Comet.

“Why didn’t the government take over Comet? Surely they wouldn’t have been utterly fucking shit at it?”

Bishop added: “No matter what happens, we do need to ensure that Jeremy Hunt is put in charge of Manchester United.” 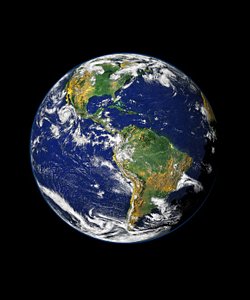 TWITTER’S ‘Vine’ app means everyone will now be famous for just six seconds.

The software allows users to demonstrate the contents of their brains in a six second loop, allowing most people enough time to play their clip twice.

Twitterologist Roy Hobbs said: “Everyone will now have their own moving epitaph, the majority of them with their gristle hanging out.

“So when the Earth finally discovers the vaccine for humanity, at least everyone will have been famous for the time to takes to say ‘hi, my name is Emma and I think homeopathy really works’.”

Hobbs added: “I did wonder what Andy Warhol would have made of this, but then I remembered that he was just some arse who coloured-in a few photographs.”

The rapid deflation of fame has continued since the middle ages when the global population was 250 million and everybody was famous in their village for an entire day before being set on fire.

The Vine app was named after The Vines who were vaguely recognisable for six seconds in 2002 and was launched with a clip of the group outside a Sydney bus station, pleading for spare change.