DESPITE a headache and some odd facial bruises, George Groves is excited about his super-middleweight title fight against Carl Froch.

Groves, 26, believes he is the clear favourite in the fight at Wembley Stadium last Saturday: “I’ve been waiting for this fight for as long as I can remember, which actually doesn’t seem to be all that long.

“Usually I’d be sparring right now rather than lying completely still and taking regular pills, but I trust the man I presume to be my trainer.

“I’m in the shape of my life except for this vice-like pressure in my head and these odd dreams where I’m dicking around on top of a London bus.

“Whichever one of Groves or Froch I’m not is getting knocked out.”

Boss thinks it's probably time to bollock everyone 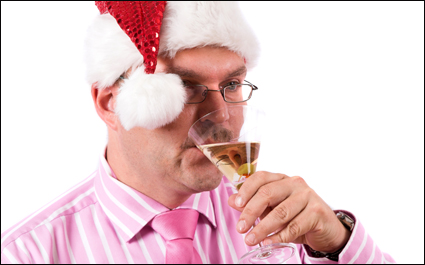 SENIOR manager Tom Booker is going to shout at his team because he feels obliged to bollock them regularly.

Electronics component company boss Booker admitted that today’s bollocking would be more about the need to assert himself than his team’s performance.

He said: “Every few months I have to get everyone in a room and tell them that things in general aren’t fucking good enough, even if things are fine.

“I secretly operate a quota system of six bollockings a year. You always want the last bollocking to be relatively fresh in their minds, without it being so often that people are going off with stress.”

Booker said the today’s bollocking was going to be a particularly stern one, despite his workers’ performance being pretty much the same as always.

“I’ll definitely mention people taking overly-long lunch breaks, because there is probably some truth in that.

“Then I’ll riff on ”falling standards’, toss in some hints of redundancies before signing off with ‘I’m getting a lot of shit from the top’ to create some vague empathy.

“Everyone will go back to their work stations in silence and dick around slightly less than normal for a few days because they are scared.”

“Even though my bollockings are unconnected to actual fuck ups, they always sound convincing because I hate looking at their stupid gormless faces.

“That’s the key to being a boss, to have an innate dislike of your staff or as I call it ‘ambient contempt’.”