Hipster trying to start conversation about Africa Cup of Nations

Despite having no obvious connection to the continent, bearded and tattooed Logan has been much more vocal in his interest in the Africa Cup of Nations than he was for the World Cup.

Wayne Hayes said: “I didn’t even know Tom liked football. He doesn’t dress like someone who does and he never seems to even know if there’s a Champions League game on.

“So we were all a bit surprised when he made such a big deal of leaving work early to catch the start of Gabon v Equatorial Guinea.

“To be honest we’re all getting a little bit sick of hearing him lay into Claude Le Roy or humming that chant about Felipe Ovono.”

Logan’s desk is currently home to an array of African national flags next to several figurines of obscure 1990s footballers, which co-workers suspect my have been chosen for fashion reasons.

He said: “This is real football. But I’m finding it hard to convince anyone to watch Congo v Congo with me, just like when nobody comes to watch Hungarian Nemzeti Bajnoksag games with me in my lunch break.” 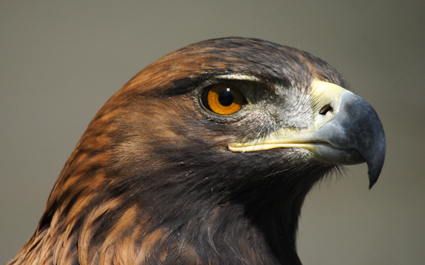 THOUSANDS of Britons have been maimed after buying hawks on a whim, it has emerged.

The popularity of the award-winning book H is for Hawk has seen over six million hawks sold in the last week, mostly to people who just think they look adorable.

Office manager Emma Bradford said: “I had a guinea pig when they were popular, and a terrapin when Teenage Mutant Ninja Turtles came out, so it seemed only fitting to get a hawk because there are hawks in a book I haven’t read.

“I was surprised by how big it was and its reluctance to eat the Hob Nobs I bought it.

“Even worse when I turned the hair dryer on yesterday it went completely mental, sank its talons into my neck and pecked off the lobe of my left ear.”

She added: “I thought hawks were supposed to be low maintenance pets.”

Plumber Roy Hobbs said: “I tried to cuddle my hawk and now I am missing an eye. It is just not the affectionate bird buddy I was hoping for.

“Yesterday it escaped via an open window and returned with next door’s cat in its claws. To be fair the cat had been shitting in my garden so I had mixed feelings.”