MICK McCarthy has been given the awful job of managing Ipswich Town after proving to be impressively funereal.

The clubs board released previous manager Paul Jewell after his chirpy Scouse optimism was found ill-suited to the team’s unhappy culture.

Ipswich Town executive Roy Hobbs said: When the clubs last twitches of life finally stop, we need a guy like Mick at the helm to puff out his cheeks, sigh and remind everyone what a shitter life can be.

Hes got a proven track record of glumness. The member of staff that reviewed a showreel of his post-match interviews has had to take time off on a Prozac drip.

McCarthy has already assessed the clubs squad, youth facilities and stadium whilst shaking his head mournfully and pressing his fingers against the bridge of his nose.

He will take his first training session this morning, ahead of Saturdays defeat against Birmingham, in the grounds of a local hospice.

Fans have reacted to McCarthys appointment by circling Portman Road in sackcloth and ashes, flagellating themselves with their old John Wark shirts. The merchandise shop has also reported a brisk trade in black armbands with McCarthys distraught-looking face on them.

Other clubs are considering similar appointments, with Chelsea having entered early negotiations with Nick Griffin and Sunderland foregoing the human race altogether with the appointment of a wall of drying ochre-coloured paint.

Ipswich youth player Tom Logan said: We used to have some R&B and a game of poker on the team coach but Micks got us listening to Leonard Cohen and reading Kestrel For A Knave. Vale of tears, life, innit?

Porridge confirms that everything is now grim 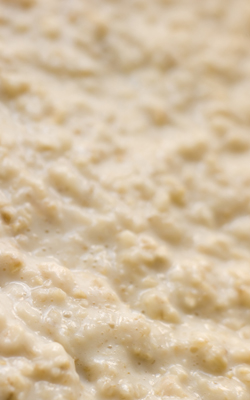 THE arrival of porridge has signalled that the UK will now be dreadful for months.

Millions of Britons have found themselves mysteriously compelled to prepare the pallid, glutinous semi-foodstuff for breakfast, then eat it in darkness while dry-heaving.

Teacher Emma Bradford said: “Porridge is rank, it’s like gollum dung. Yet every year around this time I find myself heating oats and milk.

“Almost as if I subconsciously want to make the start of the day as grim as possible.”

Professor Henry Brubaker of the Institute for Studies said: “Our ancestors developed the use of porridge as a psychological tool for handling the winter.

“The idea was that if you start the day gagging on some vile glop, going outside to work in cold, hostile conditions would seem less comparatively depressing.

“Nowadays people pretend to like porridge because it’s a ‘hot breakfast’.  But temperature alone doesn’t make something good, I mean you could microwave a dead kestrel and technically that too would be a hot breakfast.”

The annual Arrival of the Porridge is typically followed a fortnight later by the Breaking of the Boiler.

Lorry driver Tom Logan said: “I heard my hot water boiler whispering to itself this morning. ‘Soon it will be cold enough for me to pack in,’ it said in a watery voice.

“I desperately want to move to a country that is habitable for more than six months of the year.”