It's not about the war, says man supporting any team against Germany

A MAN watching the World Cup says he has no grudge against Germany despite passionately supporting any side playing against them.

Roy Hobbs was ecstatic to see Mexico beat Germany and plans to support any team they come up against, but insists he has no anti-German feelings.

Retired engineer Hobbs said: “I don’t hate the Germans, I’ve just always been a big fan of the national football teams of countries like South Korea, Costa Rica and Senegal.

“When Mexico scored I may have made the odd comment like ‘Take that, you kraut bastards!’, but that was just appreciation for the Mexican goalscorer, Sanchez El Gringo or whatever he’s called.

“I did also shout ‘THEY DON’T LIKE IT UP ‘EM!’ and put on the Dambusters theme, but that was just a coincidence.”

However acquaintances suspect Hobbs may have a strange, outdated dislike of Germany due to wanting to see their modern team of 2018 beaten by Poland to “get their own back”.

Friend Mary Fisher said: “Roy saying England versus Germany will be ‘like D-Day all over again’ does not sound to me like a man who has come to terms with the past.”

Men wearing kilts 'placing themselves in jeopardy and inviting upskirting' 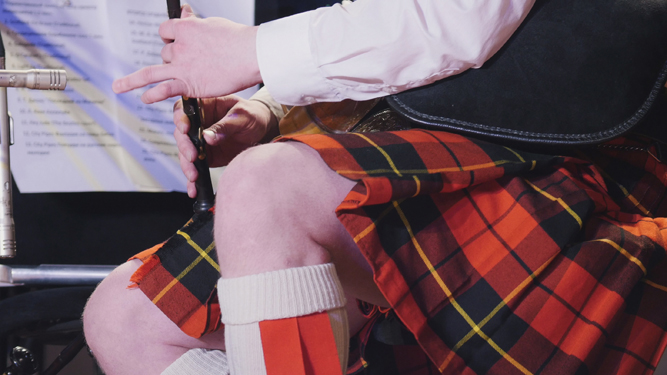 MEN who insist on dressing provocatively by wearing kilts are basically inviting people to stick cameras up them, it has been claimed.

Upskirting fan Francesca Johnson said: “If they want to parade around in public wearing next to nothing, then it’s an open invitation for a pervert like me to shove my smartphone up there.

“I’ve going to a wedding in Scotland this weekend so it’ll be wall-to-wall kilts. They don’t have to wear them, they could dress modestly, but if they’re choosing kilts, they’re choosing the extra attention.

“Don’t play the ‘it’s my family tartan’ card when we all know you’re just a burly 46-year-old little minx.”

She added: “I suppose I could choose not be a predatory sex pest, but it’s easier for me to blame them instead of examining my own sinister creepiness. Plus me and my mates have got a bet on who can get the most photos of actual knobs.”

Kilt wearer Tom Logan said: “Is she really going to get some sort of sexual thrill from looking at a very bad quality picture of my pants? She needs to get a fucking life.”